After a very good night’s sleep at Curlew Island we were up and away early for our 48 nautical mile hop further North to an anchorage between Keswick and St Bees Island. The wind was again around 20 knots from the South East so we were running down wind with poled out headsail yet again. A fair sized swell was rolling under our hull which saw us surfing down the face of some of the larger ones.
Our course took us through the bulk carrier anchorage off the Hay Point coal loading terminal which provided some minor fun and games. We would be heading for a path between anchored ships only to have one of them get underway to take on their load of coal for transporting to energy hungry countries such as China, Japan or India. We managed to thread our way through safely and were just beginning to relax when we hooked a good sized fish.
It was Karen’s turn to land the nice spotted mackerel which she efficiently beheaded, bled, gutted, steaked, bagged and stowed in the freezer in minutes. A sterling performance considering how bouncy it was out on the stern in the lumpy sea state. After doing such a fine job Rob considered it unfair for her to have to prepare lunch so whipped up his specialty tailor made for when things are bumpy in the galley.


As we drew level with the port of Mackay our AIS (Automatic Identification System) warned us of a ship heading our way. As we veered around rolling with the swells, it indicated that if it and we maintained our current course and speeds our CPA (Closest Point of Approach) would see us pass in front of the ship by somewhere between one nautical mile and zero. We consider anything under a mile as too close for comfort and zero is a collision course which would really spoil our day.


In this situation we would normally slow the boat down and alter course to pass behind the ship but sailing downwind with poled out headsail it’s easier said than done. We elected to start the engine to speed the boat up a bit so we could cross in front earlier but we also took some insurance. A great beauty of AIS is that it identifies the approaching ship by name so we called up Thrasher on the radio and were able to make sure they were aware of us ahead. We advised them of our plans and they kindly said they would alter course to starboard to provide a greater margin of safety.  You have to love the combination of technology and a considerate ship’s master.


We were able to sail right into the channel between Keswick and St Bees Island before furling away the headsail, main and dropping the mizzen. Picking a spot to anchor where we would be clear of the fringing reefs and not have our mast shortened by light aircraft landing on Keswick’s strip was the next challenge. The current through the channel runs quite strongly so you can expect to change direction by 180 degrees as the tide changes so you need to allow plenty of swing room which can be easier said than done in the depths you need to anchor in to avoid the coral. 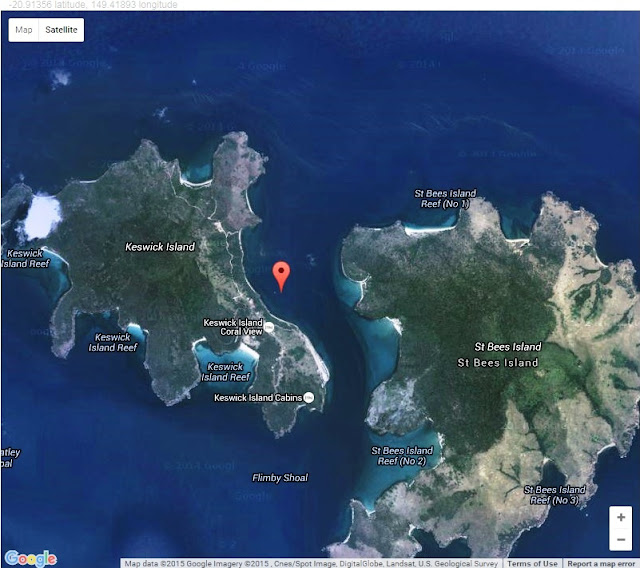 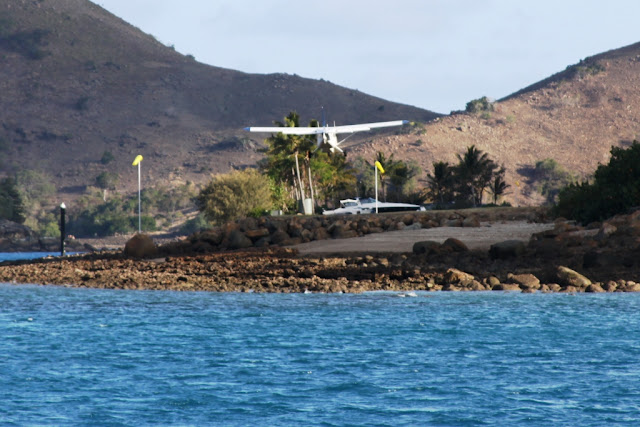 We baked some of the day’s catch in the barbecue for dinner that night which provided a great full stop on an interesting day's sailing.


Sorry! No sunset photo this time as the high hills of Keswick Island blocked our view. Good night.