As much as we loved Amalfi, the expense of the marina was enough to have us moving on the next morning for some more coast hugging around to nearby Salerno. Once more the scenery was incredible, as was the number of boats of all shapes and sizes buzzing back and forth. The beaches were more crowded than a Tokyo subway at peak hour. Out on the water the four of us on board were feeling very relaxed and thankful we weren’t in there competing for a couple of square metres of space. 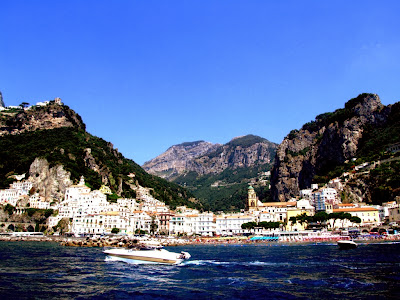 There was not one single dull spot during the two hour run to Salerno. Instead every minute provided postcard scene after postcard scene. We've included a selection of photos Rob took as we made our way along the coast which provide a few glimpses of what we enjoyed. 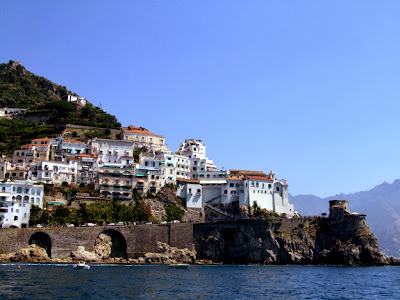 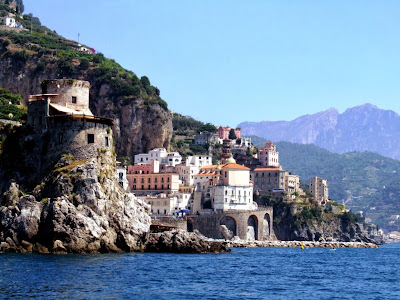 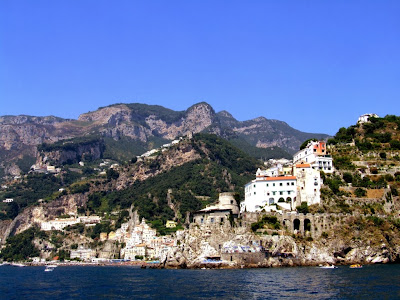 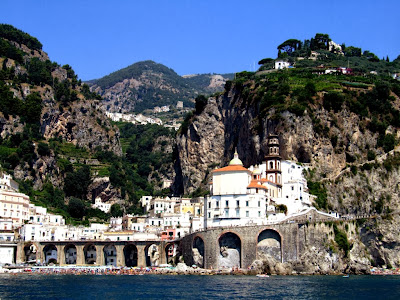 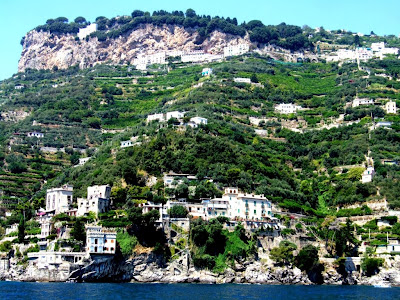 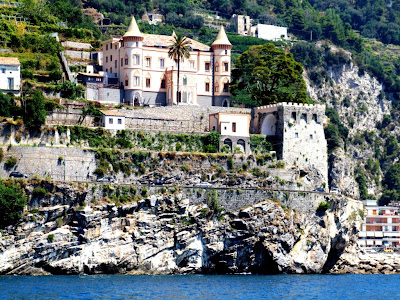 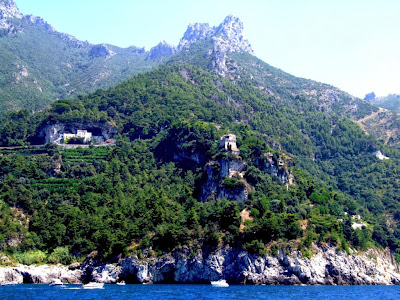 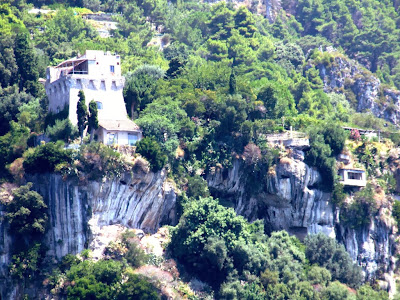 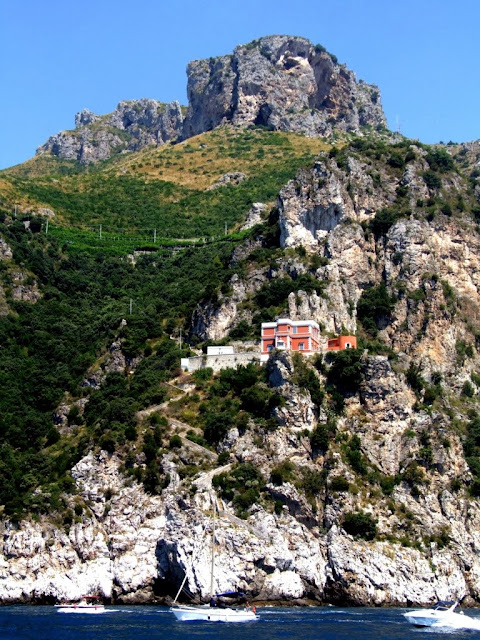 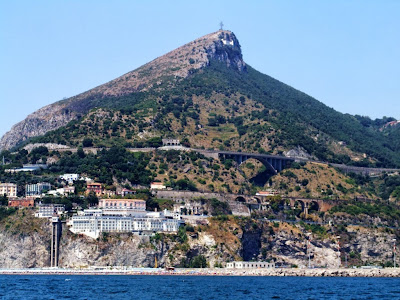 ﻿
With just a very gentle north westerly blowing Salerno was a perfect stop. We were able to anchor all on our own quite close to a beach in the centre of the city but behind the protection of the huge harbour walls.

﻿
We had planned to take the dingy ashore for a look around but it soon became obvious that we had unwittingly grabbed ourselves a front row spot for some serious celebrations building up. On one end of the sand a very serious beach soccer venue was being finalised complete with grandstands, flood lights, big public address system and cheer squads. At the other end near a small fishing marina what was clearly going to be religious celebration was about to get underway. Within half an hour we were surrounded by small boats anchoring to watch whatever it was that was that was going to happen.

﻿
A while later the football crowd got going to our left. To our right what sounded like an alternating mix of prayers and hymns began blasting out from a good sized PA system as a decorated fishing boat appeared from the marina complete with a large icon of the Virgin Mary on deck. It set off to the south across the bay and disappeared from our sight. The prayers/hymns ashore continued but were periodically drowned out by the cheers when one football side or the other found the back of the goal net and about an hour after watching the boat head off we saw and heard a large amount of fireworks being set off on the south side of the bay. Ten minutes later another lot went up a little closer and then another closer still. The pattern continued over and over again along the shore. The boat carrying the Madonna was heading back our way and as it passed each bay or marina another set off fireworks would explode in the sky. Being broad daylight it seemed a bit pointless to us but what would we know.

﻿
Eventually it reached the main harbour at dusk and a massive amount of gunpowder was expended in the skies from the big breakwater we were anchored beside. Now it was getting impressive. It was getting darker as the boat returned to the marina and the Madonna was transferred to a stage ashore. Of course this was marked by another huge display of fireworks to drown out the constant Gregorian Chant like drone coming over the PA.

﻿
After more speeches and prayers, the Madonna was hoisted aloft for a tour of the city at the head of a procession of the following faithful – and some of the footy crowd now the games were over. Enough fireworks exploded over the roofs in various areas as the parade passed to ensure climate change will reach Italy sooner rather than later.

﻿
By now we were starting to hope it would all come to an end. We’d had a very hard day lazing about doing very little and, as the clock ticked towards the witching hour, we were all more than ready for some shut eye . They’d saved the biggest till last however and the sky over the Cathedral lit up and boomed away for the big and long finale but thankfully, just before Sunday became Monday, things went quiet in the town and we hit the bunks.

Sometimes we’re so busy out doing things we don’t have enough time to write about doing things and our blog slips a little behind time. We’re working at getting it all back to current at the moment but to stay right up to date with what we’re up to these days and see lots more photos check out and 'like' our Dreamtime Sail Facebook page at Dreamtime Sail on Facebook