After parting with the Jeanneau 43DS 'Alcheringa' we had sailed the Mediterranean in for a couple of years at Licata in Sicily we returned to Australia in late 2013. We then began the search for the boat we plan to spend as much of the rest of our lives on as possible cruising the western Pacific and South East Asia. During five months of scouring the internet, walking on, looking in and crawling through heaven knows how many yachts we kept coming back to a ketch we had seen very early in our odyssey. She was a full keeled, heavy built ketch constructed by Whitby Boatworks in Ontario, Canada back in 1982 and launched under the name 'Indigo'. Since then she'd only had two sets of owners. The most recent, Jens and Allyson, had sailed and lived on her for well over 20 years traveling throughout the Caribbean and Pacific.

Her bespoke hardtop cockpit enclosure, Leisurefurl in-boom furling mainsail and below decks spaciousness impressed us very much the first time we saw her in the marina at Brisbane's Manly boat harbour but were determined not to rush into buying the boat we also plan to keep for decades. However, we found ourselves comparing every other boat we looked at to 'Indigo'. Was it as roomy, was the cockpit as secure, would it be as good a blue water boat, was the equipment list as extensive, etc, etc? It took a while, but we finally realised we were simply procrastinating. We admitted to ourselves that 'Indigo' was the boat we wanted and after fairly speedy negotiations she became ours in the first week of March 2014.

Her registration was changed from the USA to Australian vessel O/N 861047. As part of this process her name also had to change as no two vessels on the Australian Register can have the same name. 'Indigo' was already taken. 'Dreamtime', the name we chose years ago when we first decided on pursuing a life of cruising was likewise already claimed. We considered naming her 'Alcheringa', the same as the previous boat which is an Australian aboriginal word meaning 'The Dreamtime'. However, after much deliberation, her name became 'Our Dreamtime' with all due homage paid to King Neptune in the change process. 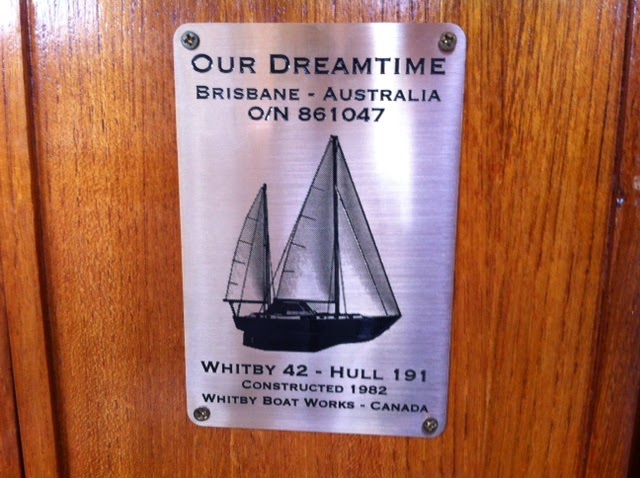 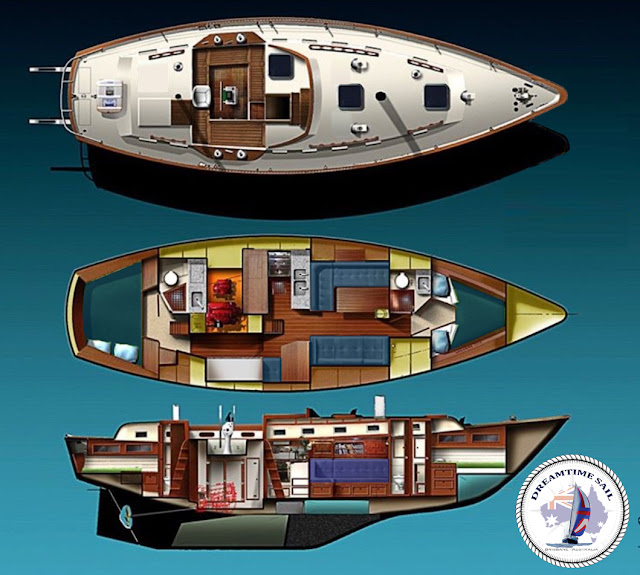 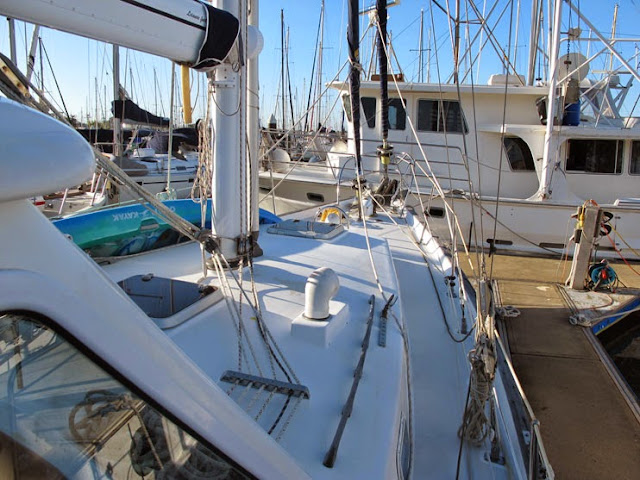 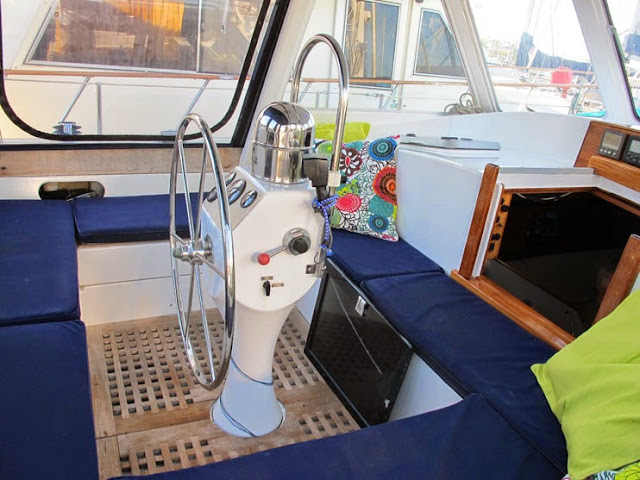 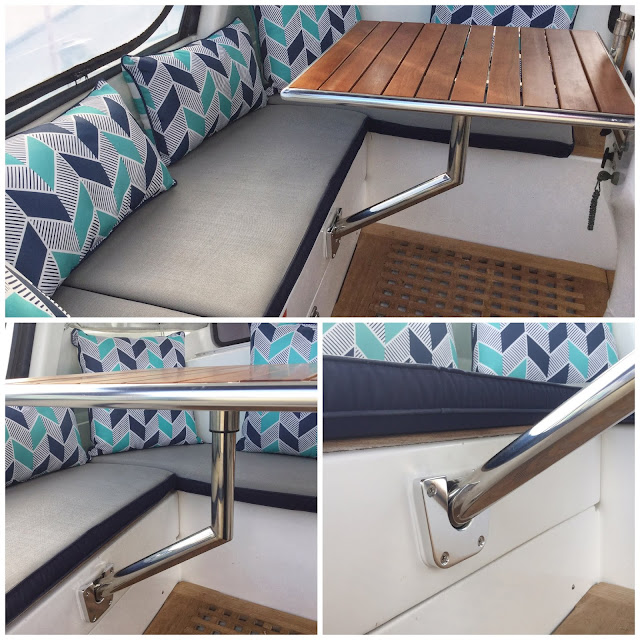 We have since added a cocktail table for sundowners 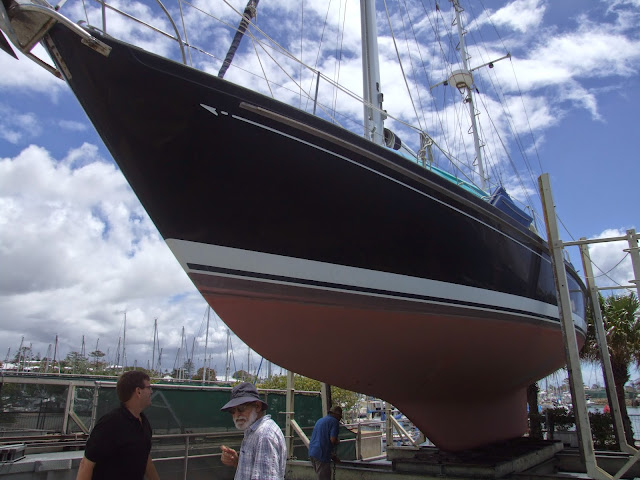 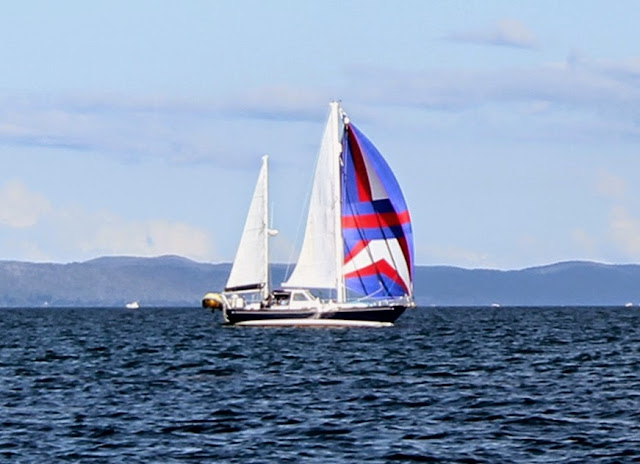 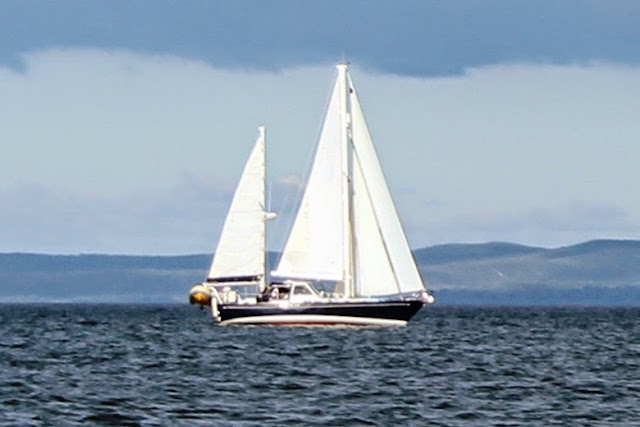 We've been asked by some other Whitby/Brewer owners to post some detailed photographs of the boat's cockpit hardtop and enclosure so here they are. It was added to the boat by the previous owners while in New Zealand. We believe it was done in the early 2000s. 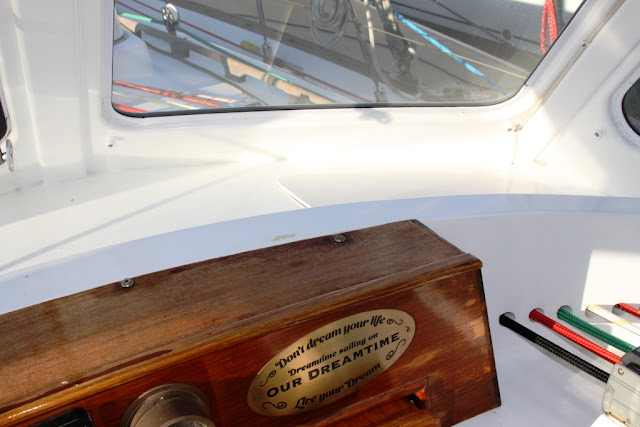 Click on this link for a great article about the history of the Whitby 42 design and the closely related Brewer 12.8 and 44.