Rob and Karen Oberg are an Australian couple from Ipswich in Queensland who were over the 9 to 5 world and intent on pursuing their dreams of exploring the world under sail. Despite limited sailing experience they set about preparing for a life at sea. This involved completing a raft of Royal Yachting Association (RYA) courses and working hard towards laying the financial base to buy a yacht and embark on their great adventure.

Now empty nesters, they sold their large family home, bought and renovated three houses with plans of renting two to provide some income and selling the third to provide the money to buy the yacht of their dreams. Then in a cruel blow, just as the 'For Sale' sign went up, the tentacles of the Global Financial Crisis combined with record natural disasters in Queensland to stall the real estate market they were relying on to fund their dream. However they refused to let that dream die. Rather than give up, they decided ‘Stuff it. Let’s go sailing anyway!’

They looked for another way to kick start their new life and, rather than buying a boat, they decided to sail as crew with other cruisers. It all began in June 2011, sailing around the north of Australia through Indonesia to Bali on a Benneteau 57 sloop where they joined a Formosa ketch to Borneo and on to Malaysia before racing in the King’s Cup Regatta in Thailand on yet another boat.

After a very brief visit home they flew to the Mediterranean in January to gain some heavy weather experience sailing on a high-tech Shipman 72 from Malfonconi in Northern Italy to Malta, Tunisia, Sardinia, Mallorca and along the Spanish coast during the winter months.  Next came Gibraltar to the UK via the Atlantic coast of Spain and Portugal and across the infamous Bay of Biscay on a magnificent Oyster 56.

In 50 weeks they logged a total of 7,239 nautical miles or 13,406 kilometres. They visited amazing places and shared equally amazing experiences, made lifelong friends, sailed with some absolutely wonderful owners and a couple of obnoxious ones.
The next step of their adventure saw them partner up with Marc, a great British friend they'd met crewing, for the leap to cruising a Jeaneau 43DS, Alcheringa, themselves. They spent two years sailing around Spain, Gibraltar, North Africa, France and Italy before returning to Australia.
They now live aboard their new boat, the Whitby 42 ketch 'Our Dreamtime' while they prepare her for extended cruising in the western Pacific and SE Asia.
They live by the motto 'We’re here for a good time not a long time' and don’t plan to waste any of their days on planet earth. 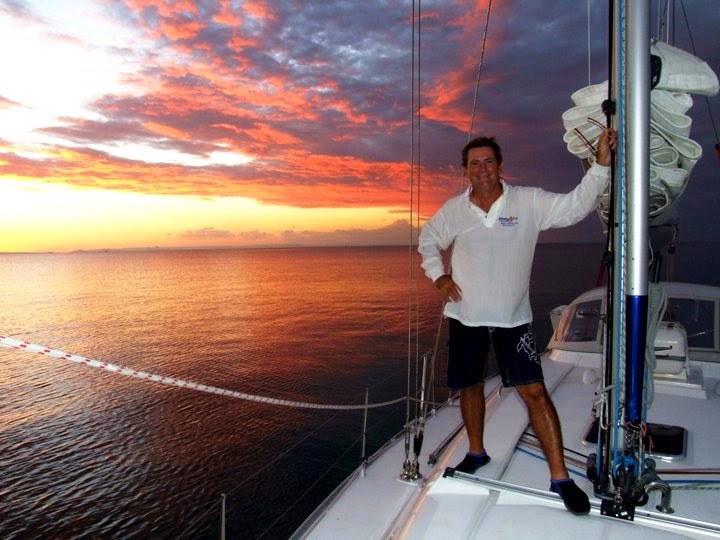 Raised by the water at Sandgate on Brisbane's north side and the surf beach resort town of Mooloolaba on the Sunshine coast. A successful career in event management, motor sport television and marketing along with raising a family saw that desire lay dormant for decades. However, when he and Karen's three children had grown into self sufficient, independent life forces and flown the coop, reading tales of cruisers exploring unspoilt Pacific atolls soon saw the sea itch reignite and grow. That itch crystallised into the dream of buying a yacht and sailing off into the sunset.
Both he and Karen share the philosophy that they would rather spend their final days sitting in the rocking chair talking about the wonderful things they have done together rather than of all the things they wished they done. When he gingerly broached the sailing idea with Karen she enthusiastically embraced it and theirs became a shared dream which they then set out to turn to reality.
A keen photographer and writer, Rob enjoys chronicling visually and in text the adventures they now experience. In addition to this blog, he authored their first book, 'Stuff it. Let's go sailing anyway!' and has had a number of magazine articles published. 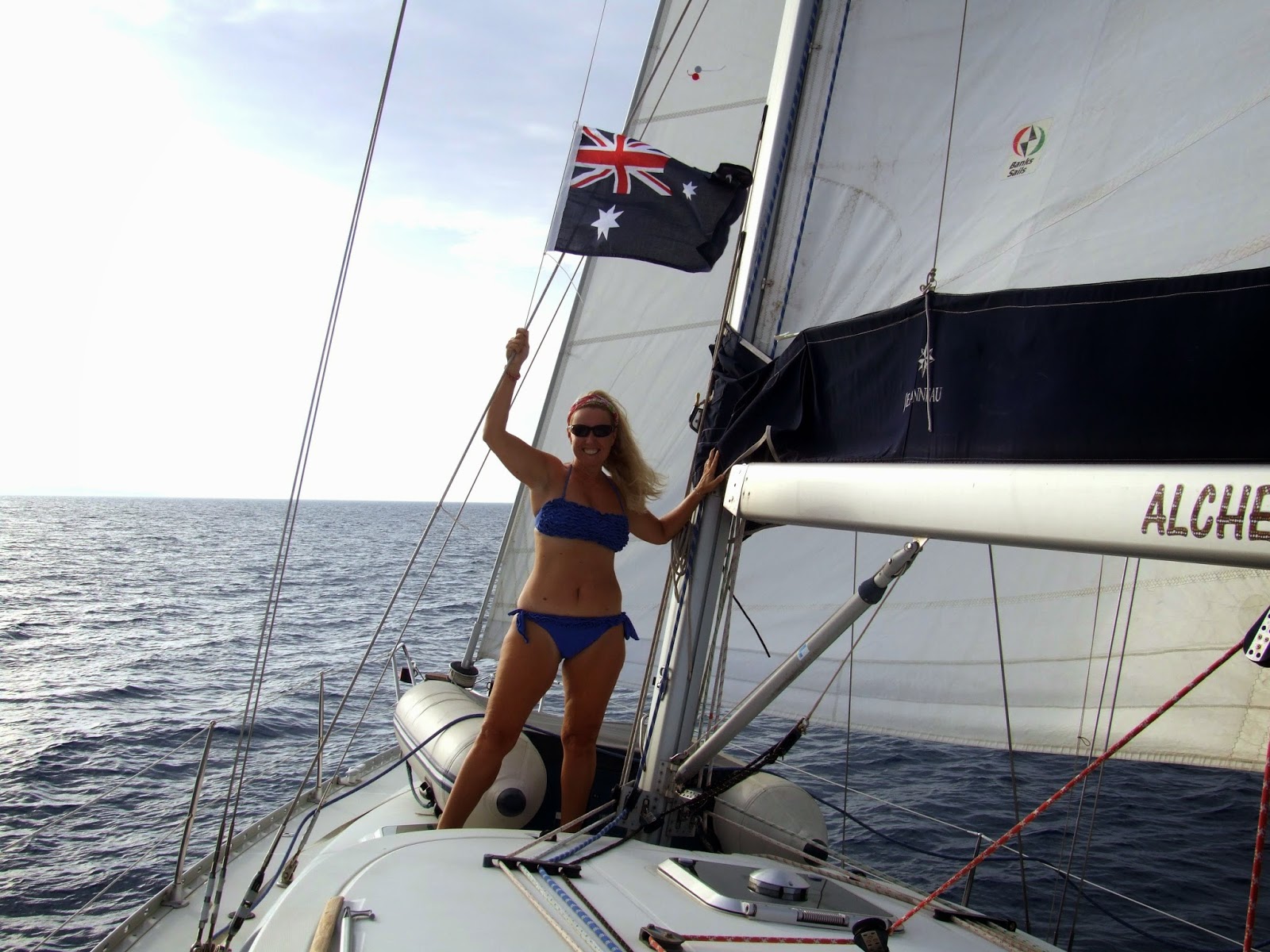 Unlike Rob, Karen comes from a long line of seafarers. Her forebears established the first oyster farms on Stradbroke Island off Brisbane in the 1800s. Her Grandfather, Eddie, was a successful skipper racing the wonderful timber dinghy designs of the early 1900s. Her Father, Trevor, may have never inherited the sailing gene but he certainly has salt water in his veins. A keen fisherman since boyhood, he owned a number of recreational boats before selling up the business he and his wife, Joy, had built to embark on a new, sea born enterprise.

At nine years of age, Karen and her younger brother Russell moved aboard the family's brand new 36 foot game fishing boat 'Wahoo' and headed north to the Whitsunday Islands for a new life in the charter business. 'Wahoo' was home and workplace for the Jones family for a number of years before they finally moved ashore at Airlie Beach where Karen completed her schooling.

After marriage to Rob, she completed studies in Textiles and Fashion Design before embarking on a career in the Royal Australian Air Force where she was involved in the modernisation of the service's uniforms. A posting to RAAF base Amberley saw the family settle in Ipswich and after discharge from the Airforce Karen joined Rob's growing event management, television and marketing business while also pursuing her life long passion for art. These artistic pursuits progressively took over her working life with a number of commercially successful solo exhibitions staged and her own working studio/gallery established in Ipswich. Before selling up and embarking on the cruising life she also conducted popular art classes.

On board, Karen works in watercolours as the confines of a yacht make painting in oils quite impractical. Her creative bent also extends to the galley where she continually experiments with new ingredients and recipes to produce culinary masterpieces afloat.