Magnetic Island is just  five miles (8 kilometres) offshore from Townsville making it a natural getaway for its citizens. Maggie, as it’s known locally, is a place we have fond memories of spending  a lot of time on during our years living in this tropical city during the 1980s. We were very keen to re-visit the island and see what had changed in the last 25 or so years.


The island is a haven for wildlife with over half its area National Park, which is mostly located on the steep hilly interior and rugged north-western side. There are over 800 koalas estimated to be present on the island. The highest point on the island is Mount Cook reaching 497 m (1,631 ft) above sea level. Magnetic Island is easily accessible from the mainland via both passenger and vehicular ferries and has effectively become a suburb of Townsville, with over 2,000 permanent residents.


The name of the island came about because of the apparent "magnetic" effect it had on the ship's compass of Captain Cook as he passed the island when sailing up the east coast of Australia in 1770. People have since explored the general area of Magnetic Island with various instruments to discover what might have caused the effect that Cook reported, but nothing has been discovered. 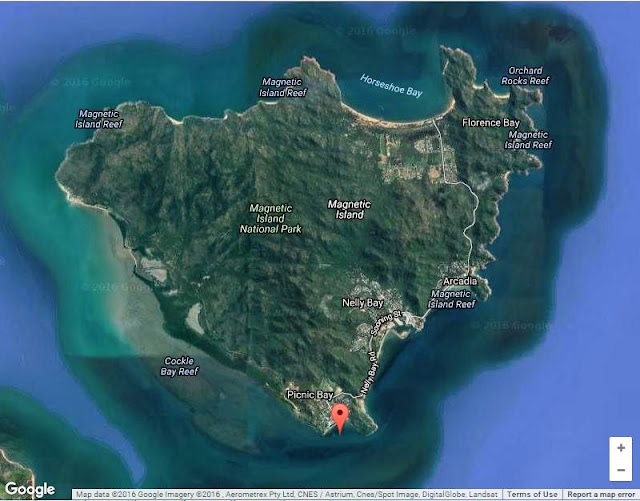 The most popular anchorage on Magnetic Island is Horseshoe Bay on the northern side. It is wide, welcoming and well protected from the prevailing south easterly trade winds. However on the morning we were heading over from Townsville the forecast indicated modest northerlies strengthening through the evening so we elected to anchor in Picnic Bay on the south eastern end of the island.


We motored over to discover only one other boat anchored in the shallow bay. We took our time finding  a spot to anchor with suitable depth to keep us afloat during the low tide that night then went ashore to spend the rest of the day re-discovering Maggie. 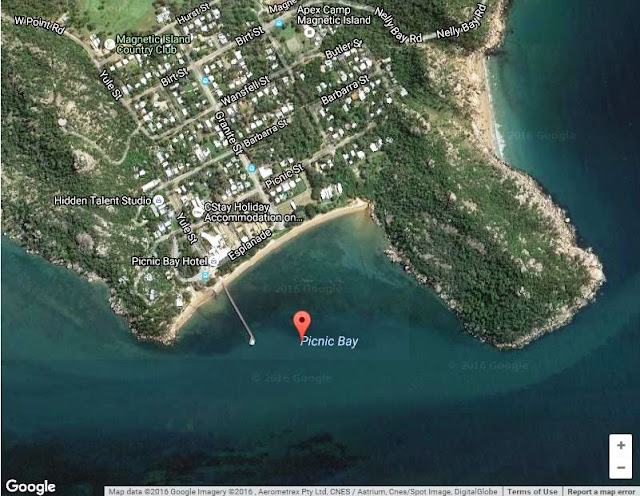 When we lived here, Picnic Bay was the busiest place on the island as all the ferries used its long jetty. Since then a new harbour and marina built at Nelly Bay has taken over all that marine traffic transforming Picnic Bay into a very relaxed, quiet spot. With its long sand beach framed by massive granite boulders it is very beautiful. 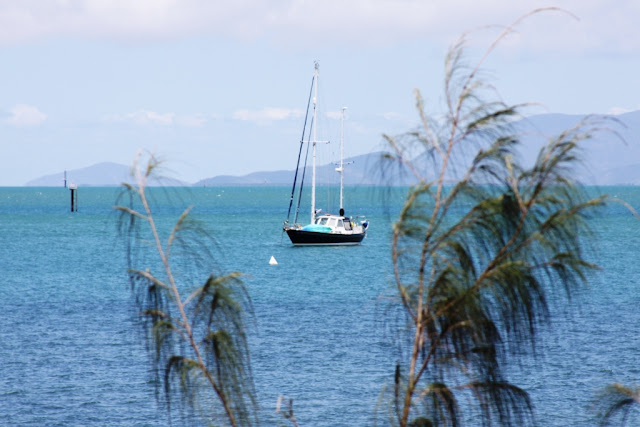 There is a very good bus service on the island with a cheap all day ticket available. After a nice wander around Picnic Bay we jumped aboard with all the other tourists and rode the bus to the end of the line at Horseshoe Bay where we spent an hour or so walking the delightful beach, checking out the boats at anchor and roaming the shops. 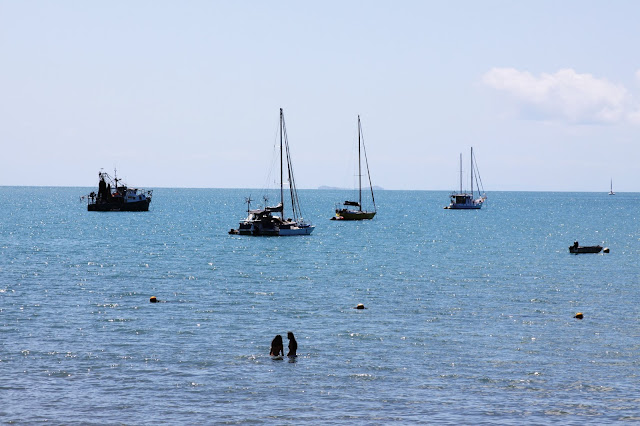 Then it was back on the bus to the favourite swimming spot on the island at picturesque Alma Bay before making the very short walk to the Arcadia Hotel for some timely rehydration. 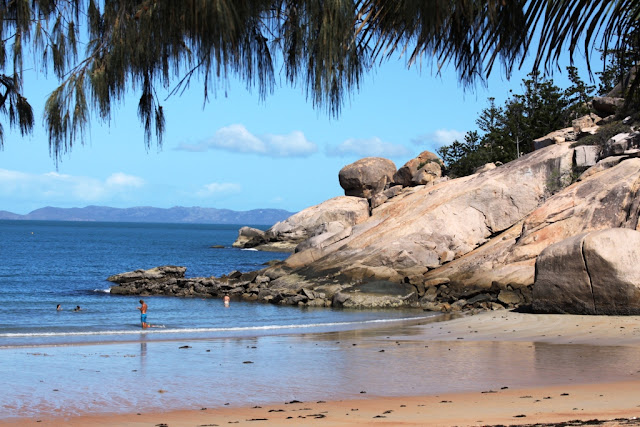 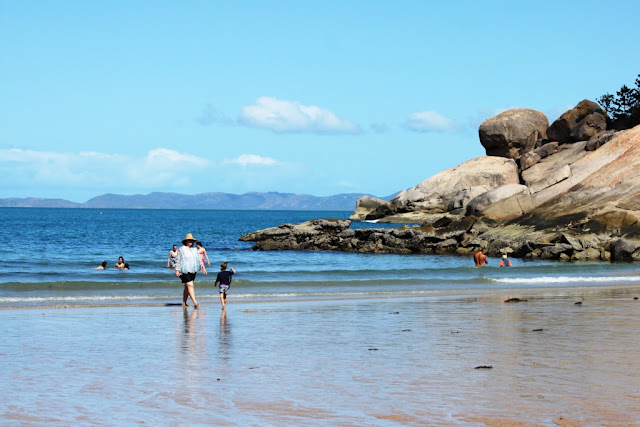 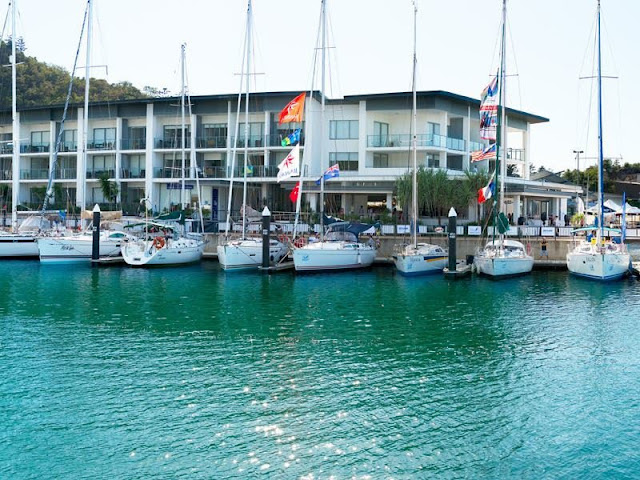 We checked out  the Nelly Bay Marina on the way back on the bus and agreed owning an apartment in the complex with your yacht moored at your doorstep would provide a pretty nice lifestyle. Then it was back to Picnic Bay and Our Dreamtime to enjoy sundowners on the stern under a magnificent orange sky.


We would be up early the next morning to take advantage of the forecast northerly wind to make some miles. On this occasion we may have only had a short time on Magic Maggie but it was an extremely enjoyable time.