Anchored in Townsville under an awesome Air Show


We dropped the mooring in Pioneer Bay soon after first light and motored south in almost windless conditions along the western shores of Orpheus Island towards Townsville where we planned to spend a few days before continuing our trek south.
We lived in this North Queensland city in the 1980’s. It was where we bought our first house and all our children were born. Although not having been back for quite a while, we still had a number of friends here we were hoping to catch up with. We also discovered we had arrived just in time for the coming weekend’s T150 Celebrations to mark the City’s 150th Birthday. This included a massive Australian Defence Force Airshow followed by an enormous fireworks display. Best of all it was all going to happen over the water off the beaches where Our Dreamtime at anchor would have the best seats in town. Talk about perfect timing.
The run through the Palm group of island was quite pleasant as we cruised past many attractive small islets. Much of this area is a designated Air Force live firing range centred on Rattle Snake Island but it was inoperative at this time so we could take the shortcut right through the middle of it. 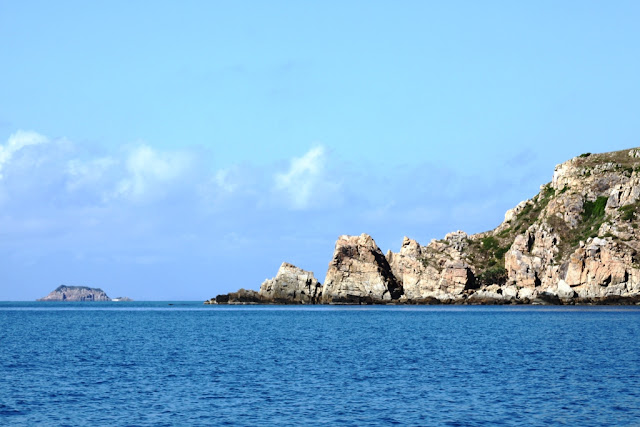 It took quite a while before the wind strengthened enough to sail but when it did we had a very nice square reach in through the West Channel between Cape Pallarenda and Magnetic Island .
The water here is quite shallow so we kept a close eye on the depth gauge as we made our way towards our planned anchorage in an area known locally as ‘The Duck Pond’ between breakwaters at the shipping harbour’s entrance. This area beside the Breakwater Casino is earmarked for future reclamation but in the meantime offers a good, free and reasonably well sheltered anchorage.

However it is very shallow with only the quarter of the area further most from the Casino offering depths of more than of 1 to 1.5 metres at low tide. The sea bed is very soft, fine mud which is very forgiving if you do touch, or in our case, sit in, the bottom. We draw 1.5 metres and on a couple of low tides during our stay our keel was buried about 30cm in the mud without any problems. The soft bottom does require putting out more anchor chain than you’d normally use in such shallow depths. Many people have been caught out here with boats dragging in moderate winds. Access to the shore is available via a dinghy dock next to the fuel dock in the marina for a $10 a day charge.


On our first day ashore we walked the length of ‘The Strand’ along the waterfront checking out the great job the city has done redeveloping this area. ANZAC Park located at the eastern end was established shortly after WW1 but has been enhanced as a very fitting memorial to those who have served our country in uniform without detracting from the heritage aspects of the area.


Beside the marina the Tobrook Memorial Baths which were originally built back in 1950 have been expanded once again while preserving its heritage. Because of Townsville’s warmer climate, the Tobruk Pool was used as a training venue for the Australian swimming squad for the 1956 Melbourne Olympic Games and 1960 Rome Olympic Games. Team members included Australian swimming legends Dawn Fraser, Murray Rose and Lorraine Crapp. Six world records and 13 Australian records were set there in one night in 1956, with the footage featured on the first day of television broadcast in Melbourne.
Continuing west, The Strand is now full of new public amenities including a water park, excellent children’s playgrounds, exercise equipment, outdoor stage area, public art, cafes and the excellent rock pool swimming facility at the western end. On the headland at Kissing Point the old Army Reserve Barracks has also been redeveloped with a military museum, parkland walks, art gallery and lookouts.  We enjoyed the best part of a day exploring Townsville foreshore including an excellent lunch at a Greek Café. 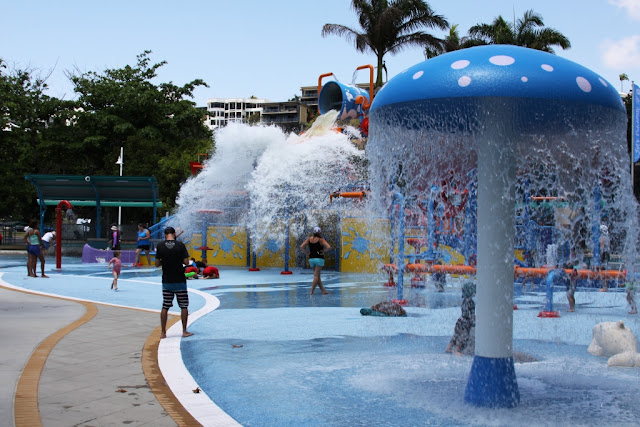 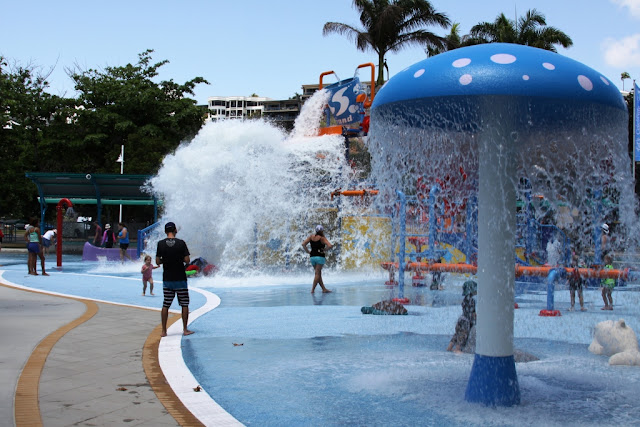 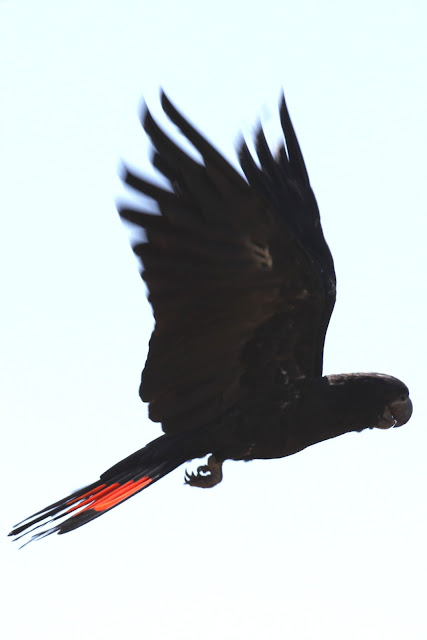 Great Townsville friends Peter and Mariane joined us on board Our Dreamtime on Saturday morning to get set for the big airshow. As we enjoyed a great lunch of fresh seafood on the stern, we were provided with plenty of entertainment as vessels both great and small filled the duck pond jockeying for the best view. With all the action happening overhead we really didn’t think it mattered that a number of boats anchored in front of us. Sure enough ALL the huge range of aircraft taking part across the five hour show flew low directly over our boat at different points of their demonstrations.


Heritage warbirds such as a P51 Mustang, Catalina Flying Boat, Lockheed Hudson and Neptune Maritime Surveillance aircraft were joined by the RAAF’s latest and greatest including  FA18 Super Hornet, C17, Wedgetail and of course the Roulettes aerobatic team. A great bonus were two unbelievable demonstrations by a Major Richard ‘Punch’ Smeeding from Misawa Air Force Base in Japan in the cockpit of a USAF F16 Fighting Falcon. The fast jets were certainly the stars of the show. We’ve only included a few shots of the planes here but if you’re a aircraft nut and would like to see more you can have a look at almost 80 shots Rob took in our T150 Air Show Facebook Album. 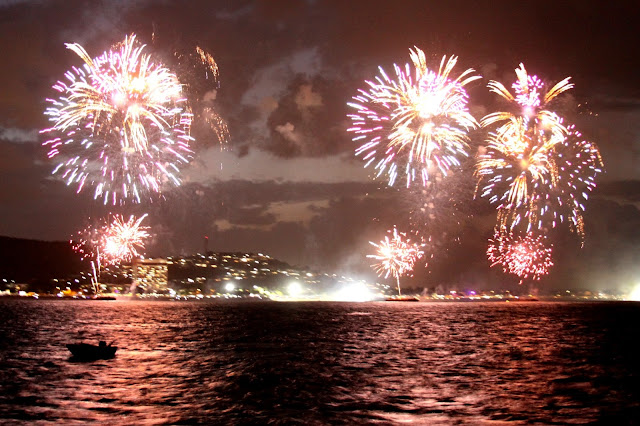 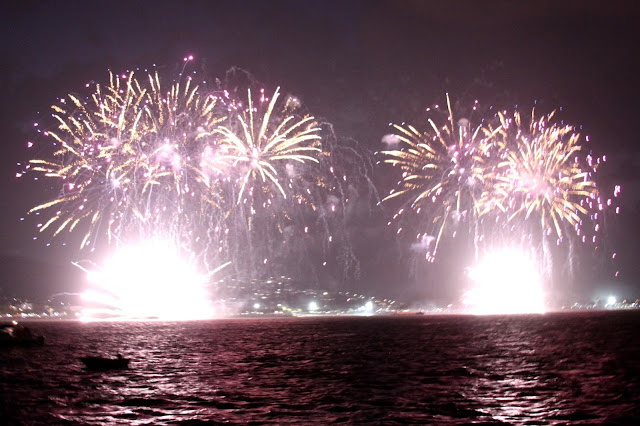 On Sunday morning we were able to catch up with our old neighbours Phil and Anne over brunch and drinks at the Townsville Yacht Club. Although we hadn’t seen each other for 16 years we had kept in touch over recent times via Facebook. The fantastic thing was we found ourselves sitting and chatting as comfortably as if it had only been days since our last conversation rather than a decade and a half. If they hadn’t had another previous commitment we probably would have been there late into the night.


After our goodbyes we strolled to the nearby Maritime Museum on the banks of the Ross Creek and were very pleasantly surprised about how good a job this volunteer organisation has done in presenting the marine history of the region. There is a very good area dedicated to World War Two Townsville and the pivotal Battle of the Coral Sea that occurred uncomfortably close to these shores.


An excellent display details the loss in 1911 of the luxury passenger vessel SS Yongala in a cyclone south of Townsville. One hundred and twenty two people had been on board, and none of them survived. It was not until 1958 that divers discovered the wreck site.


The Yongala steamed from Mackay for Townsville in the afternoon of March 23 carrying 49 passengers and 73 crew. She was still in sight of land when the signal station at Flat Top (Mackay) received a telegram warning of a cyclone in the area between Townsville and Mackay. Although the shore-based wireless station was capable of wireless communication few ships carried wireless in 1911. Ironically, a wireless destined for installation on the Yongala had recently been dispatched from the Marconi company in England but was yet to reach Australia. Five hours later, the lighthouse keeper on Dent Island in the Whitsunday Passage watched Yongala steam past into the worsening weather. It was the last sighting.


In 1943, a Royal Australian Navy minesweeper corvette, on a passage from Townsville to Brisbane clearing the shipping lanes off the Queensland coast mined at the beginning of the Second World War, fouled on an obstruction believed to be a shoal, but which was not investigated at this time.


In 1947, the Royal Australian Navy hydrographic vessel HMAS Lachlan examined the obstruction using anti-submarine equipment and an echo sounder. The obstruction was thought to be a sunken ship, and presumed to be that of SS Yongala. No further action was taken, leaving Yongala in peace for another eleven years. It wasn’t until 1958 that Townsville divers rediscovered the wrecks location and the Yongala was positively identified.


The museum’s display includes a very good video presentation and many artefacts from the wreck including the ships bell. The Yongala is now fully protected  as an historic wreck under federal law and has become a world famous site . 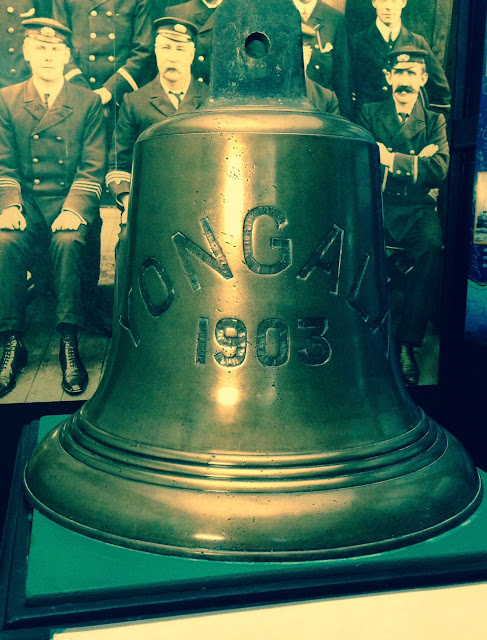 All too soon our time in Townsville came to end. There were many other people we would have loved to have spent time with. It also would have been great to take a look at what has become of our first home but  the south easterlies were giving way to some predicted north easterlies opening a weather window for us to continue south. The wind dictates how long we stay somewhere and when we move on .


We would spend one day reacquainting ourselves with the delights of  Magnetic Island then we would be underway again.