It was here as a nine year old child that her family took to a life raft and abandoned ship when her parent’s game fishing boat, Wahoo, was trapped anchored on a lee shore with broken steering and a cyclone bearing down on them. After three days, the increasing ferocity of the approaching tropical storm made the risk of staying aboard with two small children too great. The life raft was safely blown onto the beach and after a trek over the island’s mountainous interior they were able to shelter at the resort until the cyclone passed. When conditions eased, Wahoo was found still riding on the three anchors her father had set before making the difficult decision to leave her.


Our sail from Keswick and St Bees across to Brampton was far less dramatic. The wind was almost directly astern again with a good size swell rolling under us. As we passed the bay where Karen's experience had occurred it stirred many memories.


We rounded the western end of the island and anchored in the bay near the now mothballed resort. It provides excellent protection from South Easterly winds and was to be our home for the next four days.


Most of Brampton Island is National Park with the 220 bed resort and its airstrip occupying a relatively small area adjoining the shallow passage between it and Carlisle Island. It was bought by United Petroleum in 2010 and closed the following year. Since then there has been much talk about an all new, seven star resort being built in its place but not a thing has actually been done. What was once a jewel in the string of Great Barrier Reef Island resorts now resembles the set of some sort of horror movie. 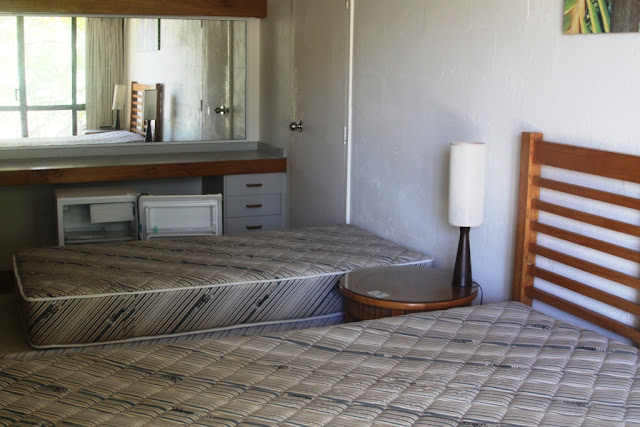 Karen made the comment that it looks like some alien force descended one day and abducted all the occupants leaving the place an instant ghost town totally devoid of all human life. Accommodation blocks sit fully furnished complete with paintings hanging on the walls. Jet skis sit on their trailers under an awning, Hobbie Cats rest on the sand outside the water sports centre,  outdoor pool tables near reception are ready for a game of eight ball while the stage in the bar silently waits for the long gone musicians to strike up their instruments.


Tennis rackets lay on the courts with strings rotting in the tropical sun and the once lush gardens are being reclaimed by nature, now overgrown and covered with fallen palm fronds. The only sign of life on the all par three golf course was a kangaroo bounding down what once a fairway. Rob was extremely sad to see what he remembered as such a vibrant, beautiful resort reduced to this. 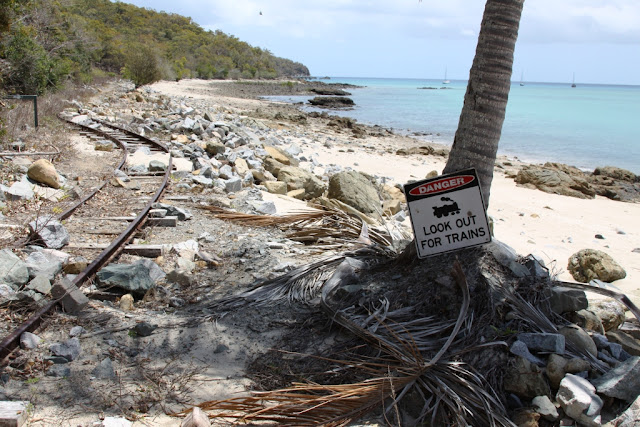 During our stay at the island, we swam, wandered the golden sand beaches, eat some fantastic food as always and socialised with other cruisers in the anchorage. Karen was thrilled to find Kerri, on the catamaran Quiet Achiever ,was a fellow artist and the two spent time on the beach sketching together. 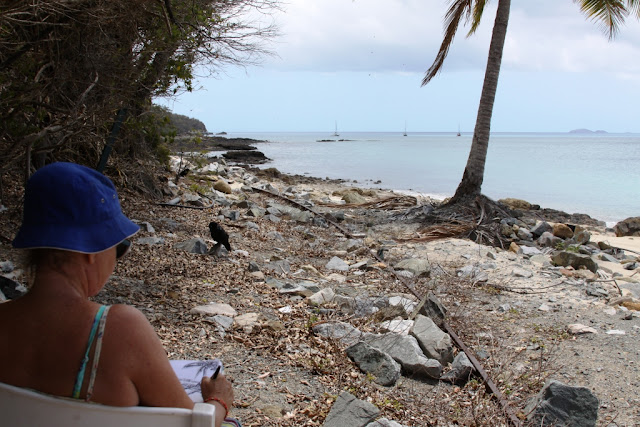 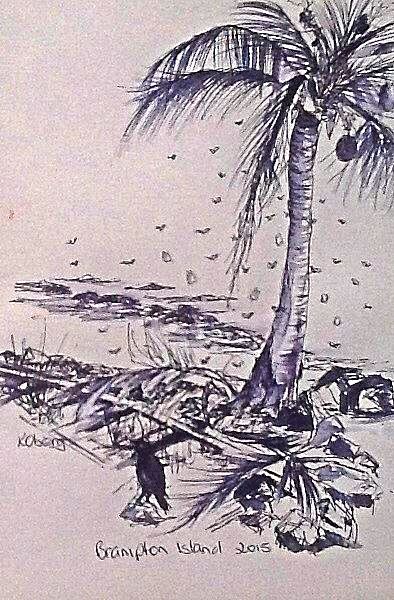 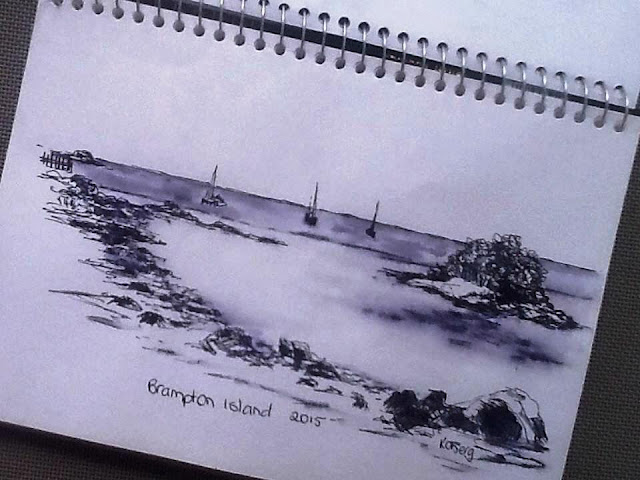 Rob got a little adventurous and tackled the climb to the top of the island. The various walks through the national park areas of the island are well maintained and take you through a nice range of native vegetation. 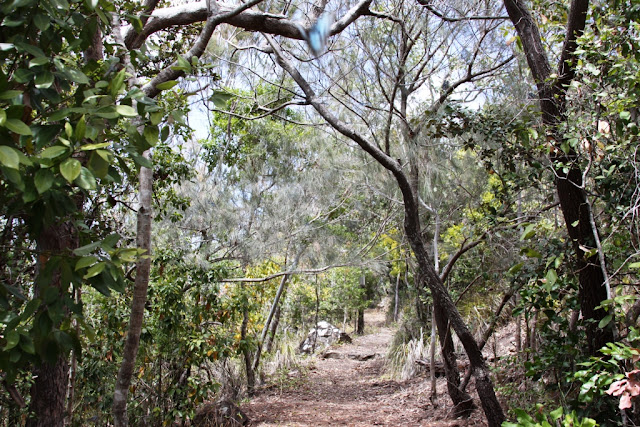 The tree canopy is well populated with birds while goannas and kangaroos seem plentiful. Butterflies float in the air all over the island and are found in their hundreds in groves of trees along the trail. 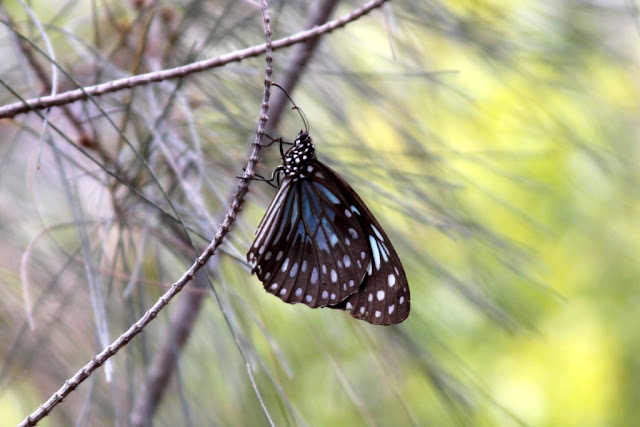 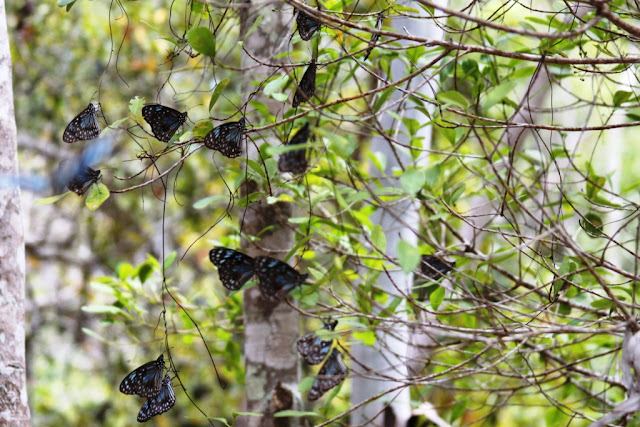 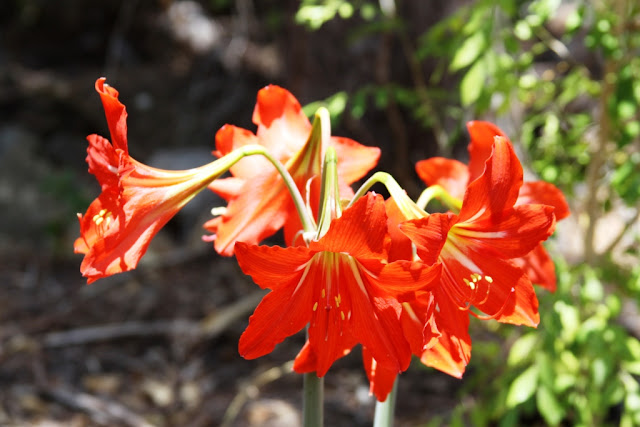 From the anchorage, the walk to the two lookouts near the summit is almost a ten kilometre round trip and reasonably steep in places. The views from the top make all the effort worthwhile however. 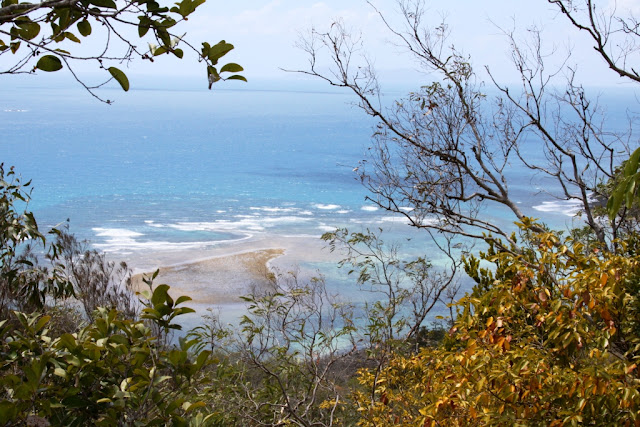 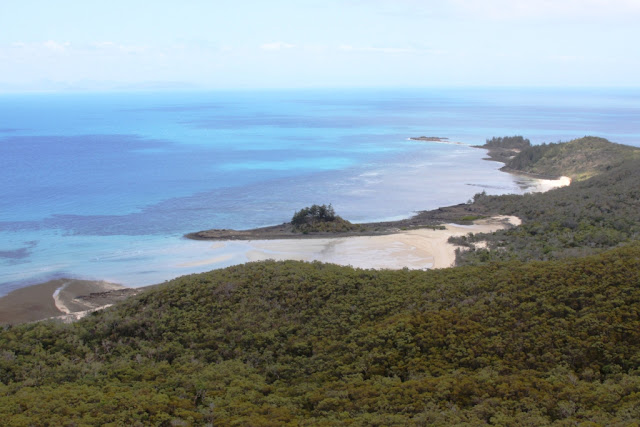 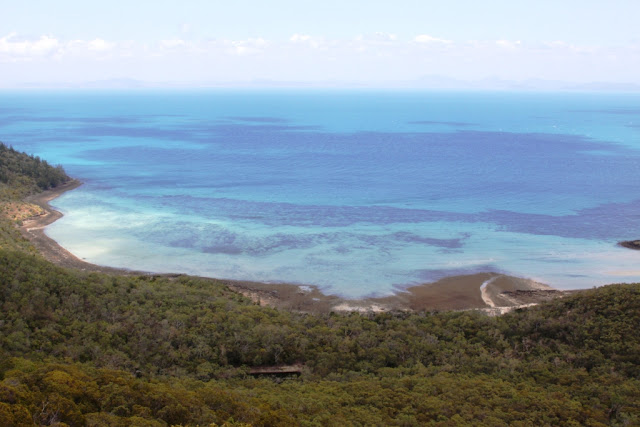 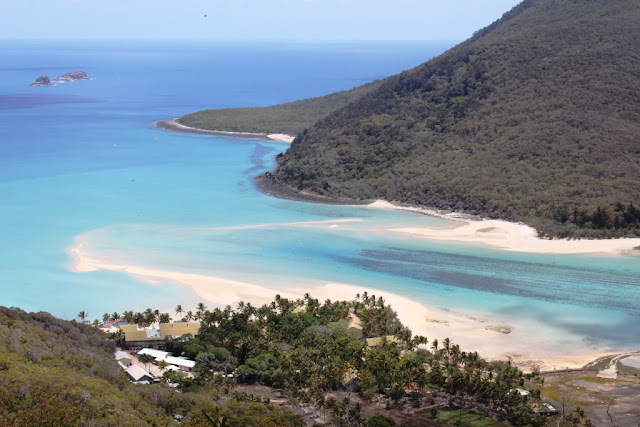 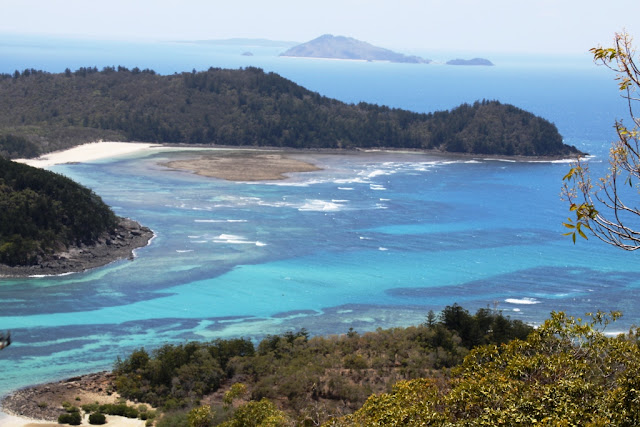 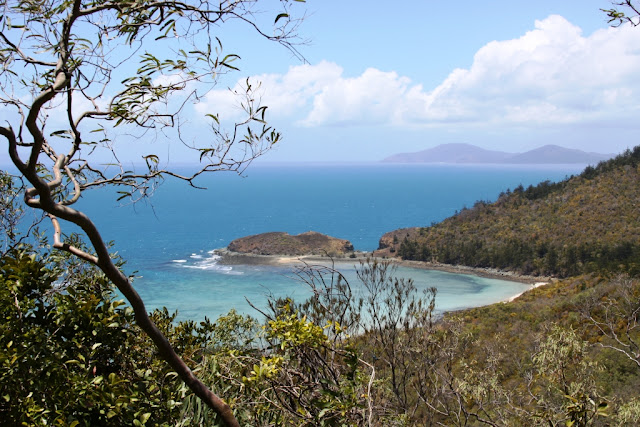 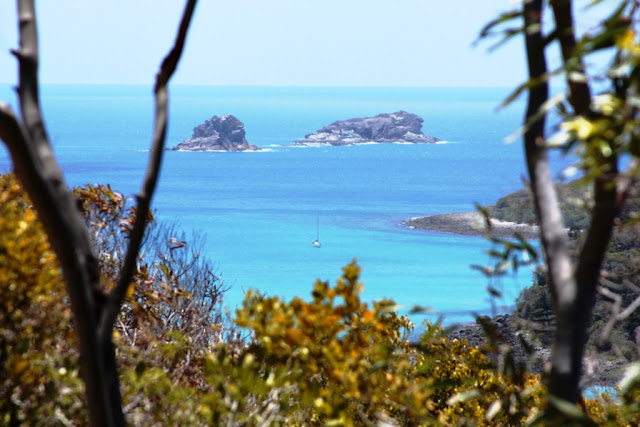 Our time at Brampton Island passed very quickly. It really is such a nice place it would have been very easy to spend quite a few more days there but the call of the North was still strong.  It was time to keep moving on but we do hope to stop in again on our return trip South.
Brampton Island Resort has been put back on the market after being closed since it was last bought by United Petroleum for 5.9 Million Dollars (Aud) in 2011. Let's hope something nice is now done there.