The Percy Islands – Another step northwards.


After having such a glorious time ashore, we could have easily been tempted to stay another day at Hexham Island but the call of the North was strong. We felt we really needed to keep moving up the coast before the northerlies arrived. As a result we hauled up the anchor and pointed our bows towards the Percy Group of Islands. We were hoping to stop in at the famed cruisers favourite, West Bay on Middle Percy but were reserving our decision to see what the breeze would do later in the day.


We had about 15 knots from the South East when we set the sails just outside the bay at Hexham and were soon making good speed. We had just settled down in the cockpit when a fish took the lure on the one of the lines we were trawling. We soon had a good size mackerel on board with Karen quickly wielding the knife and making short work of turning our catch into mackerel steaks ready for the BBQ. Our day had got off to a great start.


The wind continued to strengthen to 20 knots gusting beyond 25 giving us a great downwind sail getting up to 8.5 knots but we reluctantly made the decision that West Bay would not be a suitable anchorage in the conditions. It has a reputation for being very uncomfortable in anything above around 15 knots so we opted for our Plan B of spending the night behind South Island as was reported to be a secure anchorage in South Easterlies. 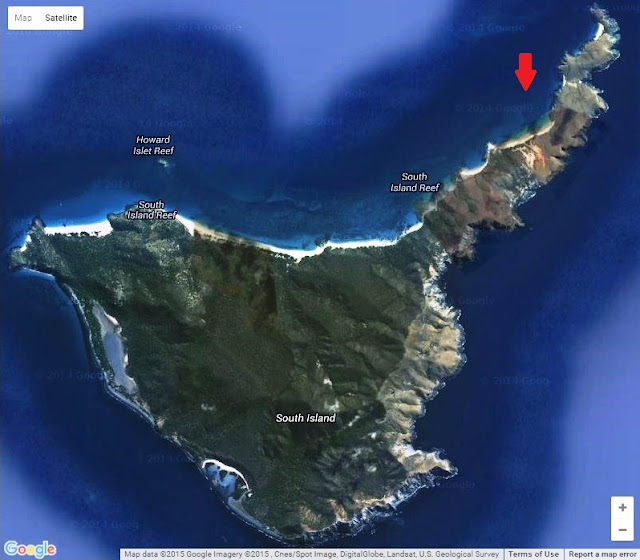 Our cruising guides indicated we could expect less tidal run and swell rolling around the island at towards its eastern half however, we did find we had to anchor in over twelve metres of water and a fair way from the beach  to avoid the fringing reefs. This reduced the protection from the wind provided by the hills. When we reversed to set the anchor it worryingly pulled across what felt like a rocky bottom before firmly gripping into something. We gave the engine a good long blast in reverse and found the anchor holding rock solid so felt confident it was secure. 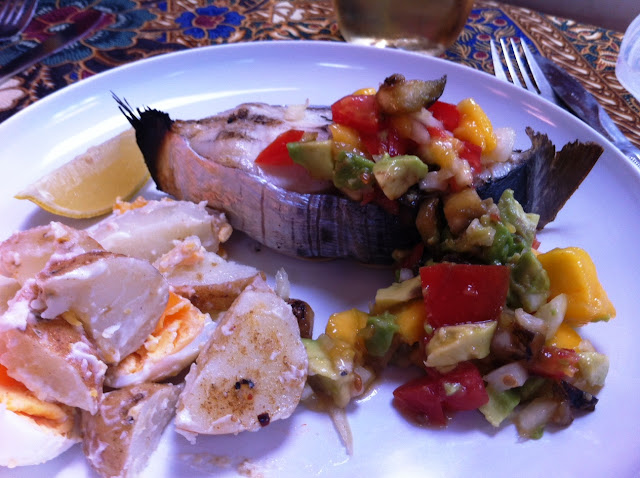 Conditions were comfortable enough through the afternoon and we had a fine first meal of our freshly caught mackerel appropriately accompanied by a chilled white and magnificent sunset. The night was far less comfortable with a considerable tidal run holding the boat beam onto the modest sell penetrating around the point inducing enough roll to make sleep a stop start experience. We were relieved when the sky began to lighten in the pre-dawn and we could prepare to up anchor and move on. In more settled conditions it could be a nice spot to spend some time but if we find ourselves at the Percy’s South Island again in a strongish South Easterly we will anchor close to the beach near the Western end and try our luck there.