We arose to our amazing, unspoilt surrounds at remote North East Herald Cay feeling very privileged. Located far out in the Coral Sea, 360 kilometres from the Australian coastline, we could only speculate on how few people have visited this idyllic setting before us. No doubt it would number in at least the hundreds, probably thousands over the years but we seriously doubt if the total would reach five figures. The cays are a totally protected conservation zone with no fishing of any sort permitted. They are also a very important hatchery for a range of migratory bird species and sea turtles.


As eager as we all were to get ashore and explore this unspoilt coral atoll there was a more important item on the schedule first. After two days of eating on the go during our rough passage from Townsville, Karen came up with another awesome breakfast and we were not going to rush it one little bit. It was fantastic sitting on the stern in the sunshine encircled by crystal clear turquoise water listening to the waves washing ashore on the gleaming white sand beach of the island. Yep this is paradise.


After breakfast we headed ashore in the dinghy and landed on the pristine beach. It was amazing. There were thousands of birds either circling overhead or nesting in the low trees which covered the entire island. Rob attempted to venture inland but was turned back by the dense vegetation without progressing more than a few metres. The birds themselves displayed no fear of us at all. If anything they were more curious as to what the hell we were. Not wanting to disturb them, we kept a reasonable distance from the nesting birds but frankly they didn’t look as if they would care if we went right up to them. 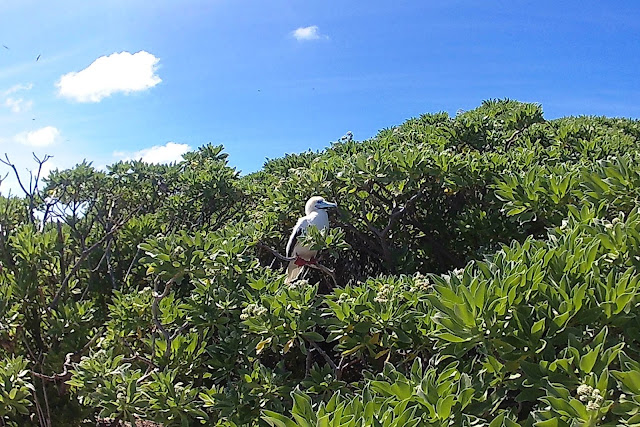 We discovered plenty of evidence of past turtle nesting including old shell material. August is not breeding season so we didn’t have to worry about upsetting any nests. Having witnessed turtles nesting at Mon Repos near Bundaberg it was easy for us to envision the big females making their way up this remote beach and burying their clutches of eggs in the fine sand.

We were pleased to find very little plastic or manmade flotsam on the beach but we were on the protected, north east side of the atoll. We expect we would have been more likely to find evidence of man’s disrespect for his environment on the exposed south eastern side given the prevalence of trade winds here. 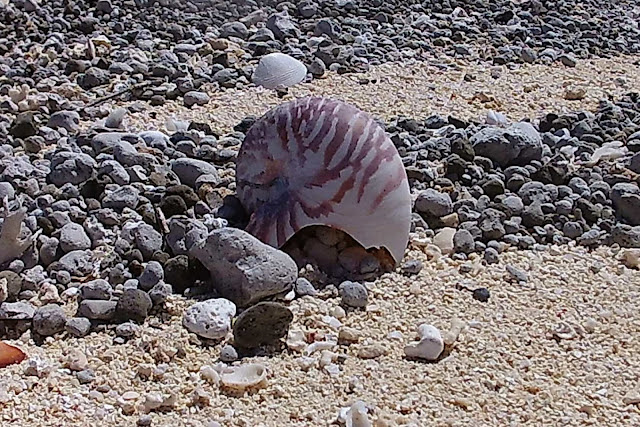 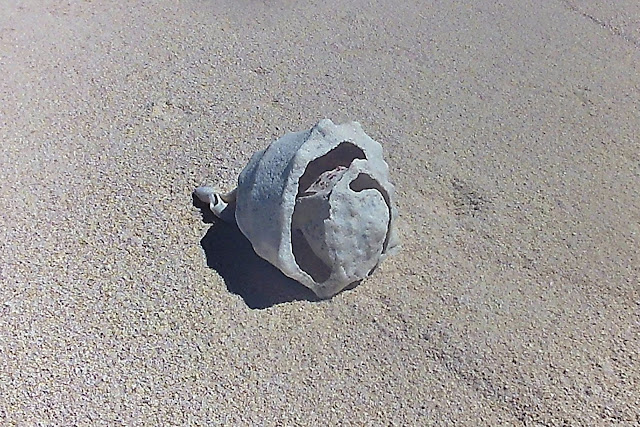 After a lovely cooling swim, we left Anthony and Lynda ashore to explore further afield while we returned to the boat to download the latest Predictwind weather forecasts via our Iridium Go satellite communications and try to get to the bottom of the oil leak that had developed from the engine on our passage from Townsville.


On our way back to the boat we did a bit of surveying in the dinghy using our Navionics equipped I-Pad to mark the location of the bombies between the boat and beach. Re-enforcing what we had read in another cruiser’s blog* who had visited the island in 2013, we found there was ample room to move Our Dreamtime in through the line of outer coral heads into a nice clear area in about five metres of water. We even created a track to follow should we decide to move closer in or return here on another occasion.
* (Flash Dancers Blog - well worth a look for their awesome dive photos of the cays)


Back on the boat a quick check of the dipstick now that we were sitting calm and level revealed the oil level was only down about half a litre. This was mildly encouraging but the engine room was literally awash with leaked oil. Rob spent an hour sponging the spilt mess from the catch pan under the engine room into a bucket before transferring it into empty containers we keep aboard for the waste oil during oil changes. Worryingly there were many litres of it to be cleaned up.  With that done, he was then able to start examining the motor to see if he could find where it was coming from.


The rear of the engine is a bit hard to get to on our boat but it was here that everything was covered in oil. It was all over the back of the block, the transmission and engine room bulkhead. He did his best to clean it all off as many surfaces as he could reach while going through the possible culprits in his mind. In the end it all came down to the high likelihood that the rear main seal on the engine had failed. We couldn’t see how the large quantity of oil could have come from anywhere else.


This suspected failure spelt very bad news for both our bank balance and sailing plans. If the problem did prove to be the rear main seal our engine would have to come out of the boat to be repaired in a very expensive exercise. In the last six hours of motor sailing to reach North East Herald Cay we’d poured almost five litres of oil into the engine. The Louisiades still lay 380 miles or three days to the north east and the seven day weather forecast showed four days of light north easterlies coming up followed by three days of stronger, but equally unhelpful easterlies. We were not going to be able to get there under sail and, at our current rate of leakage, we had nowhere near enough oil on board to be able to motor the distance either. Even if we did, finding someone/somewhere in the Louisiades to undertake major engine repairs was highly unlikely.


We very reluctantly came to the realisation that we had no option but to at least temporarily abandon our trip to PNG. The safety of crew and vessel had to come first. Given the forecast north easterlies the most prudent thing to do would be to sail due west to Cairns 190 nautical miles away. This should provide a better wind angle to sail with than returning to Townsville. It would be a slow trip but we could run the engine as little as possible hopefully just to keep our batteries charged.


As the reality of our situation sunk in we were naturally feeling down and very sorry for ourselves but were even more disappointed about having to tell Anthony and Lynda their trip to the Louisiades was over. They had set aside a month to do the passage over with us and spend some time experiencing the islands before flying home. Our unavoidable delays leaving Townsville had eaten into that time and now there simply were not going to be enough pages on the calendar left even if we were able to effect very speedy repairs.


After his hot, sticky time in the engine room, Rob had a long salt water shower on the swim platform before heading in to pick up the beachcombers. Over lunch aboard we explained the situation and then went through the various scenarios which all lead to the inescapable return to the mainland. We were so relieved when Anthony and Lynda both expressed the view that ‘It is what it is and can’t be helped. Let’s make the most of it.’


That’s exactly what we did by heading back ashore after lunch for an afternoon of snorkelling off the beach. On this side of the island the coral was a bit sparse but the fish life was very plentiful which made for an enjoyable time. No doubt the main reef on the south east side would have been much more spectacular but with the wind still whistling and a sizeable swell breaking over the reef edge so we were happy to settle for the more relaxed option. 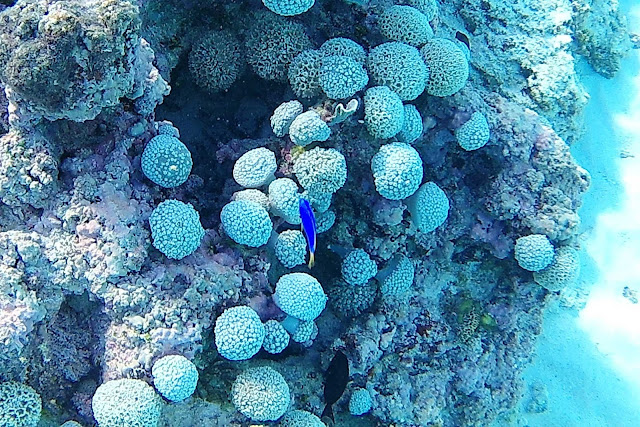 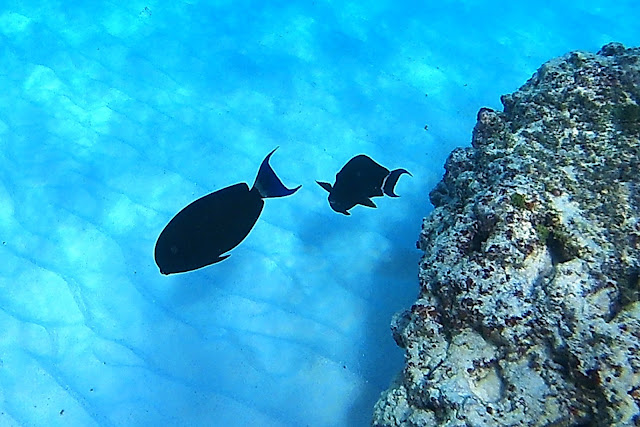 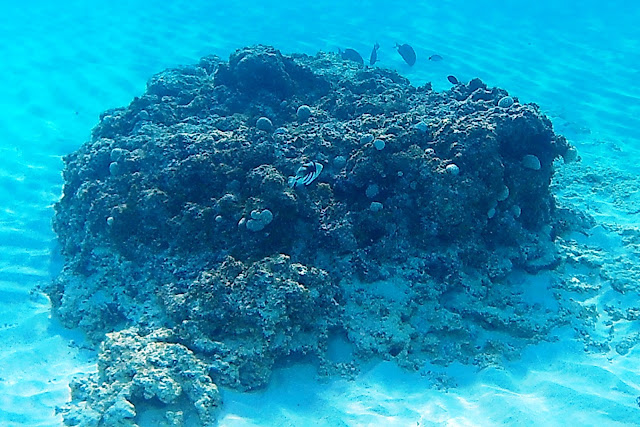 We did have such a great time that we seriously looked at the weather to see if staying another day or two before heading for Cairns was an option. It was extremely tempting but we did decide that we should take advantage of the predicted north easterlies and sail while we could. We would very reluctantly up anchor and leave this paradise next morning.


However, Herald Cays are definitely a place we very much want to return to and spend more time at and will Highly recommend to cruising friends. In the right weather the atolls could even be reached from Townsville without the need for a night passage by day hopping from Magnetic Island to anchor at the outer reef, then another day hop to anchor at Flinders Reef and finally another short hop to North East Herald Cay. Here's how Flash Dancer did it in 2014. 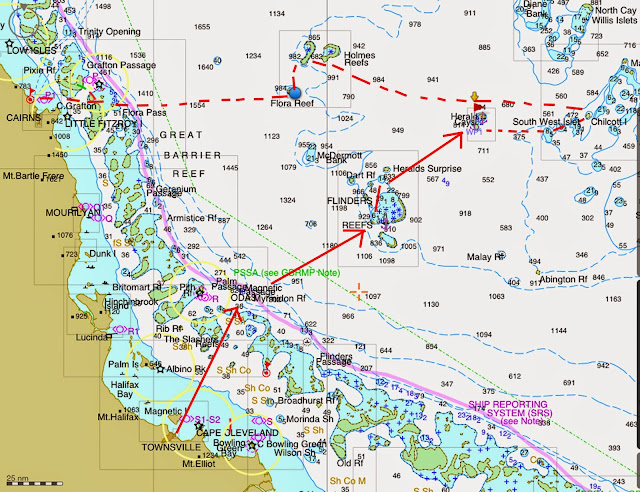 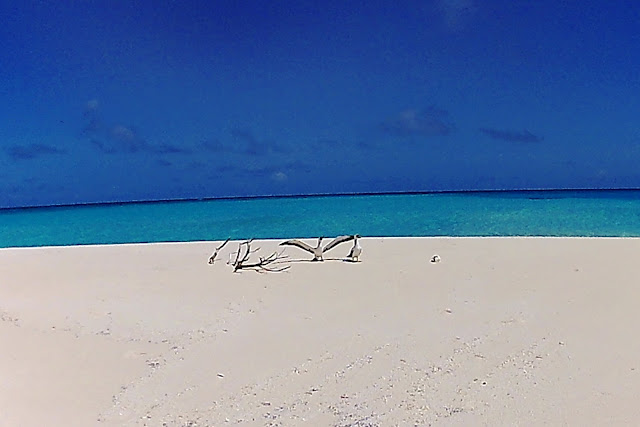 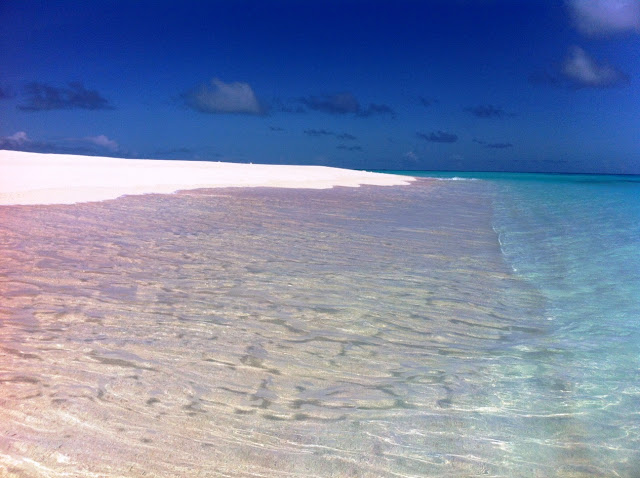 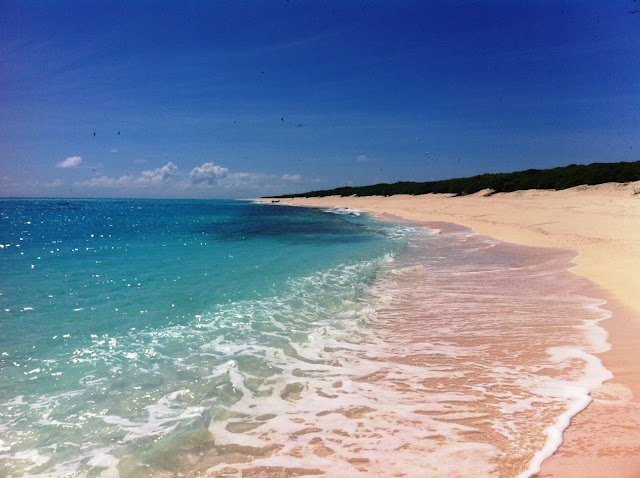 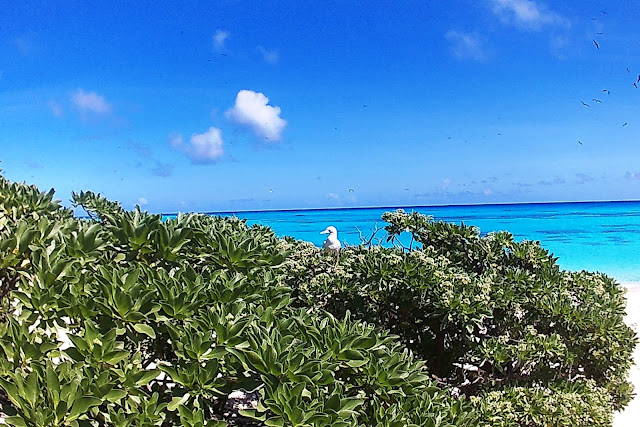 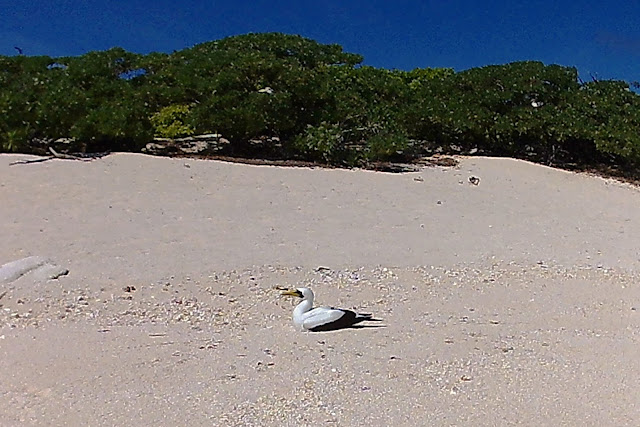 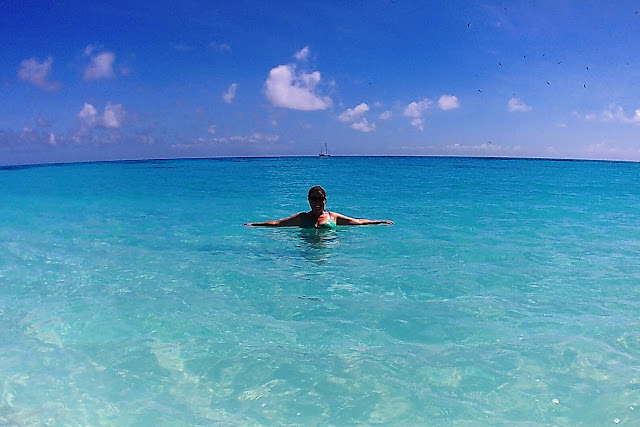 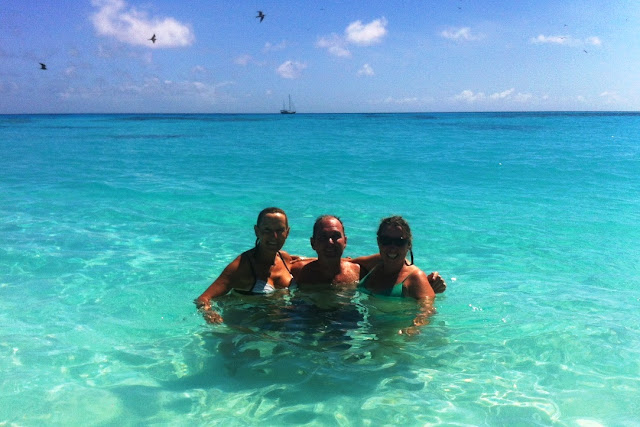 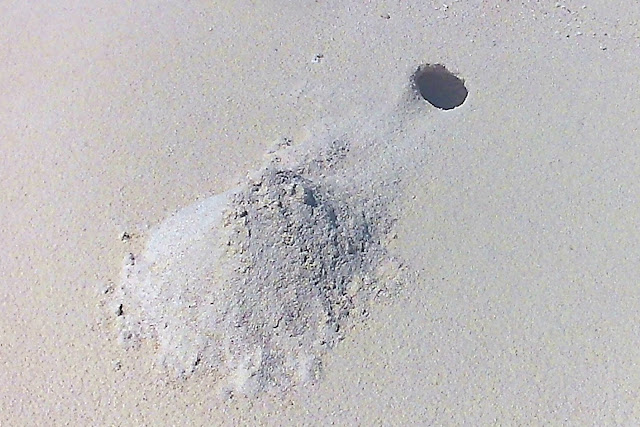 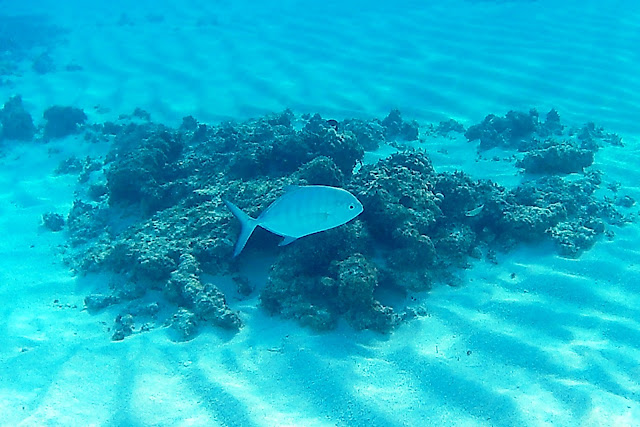 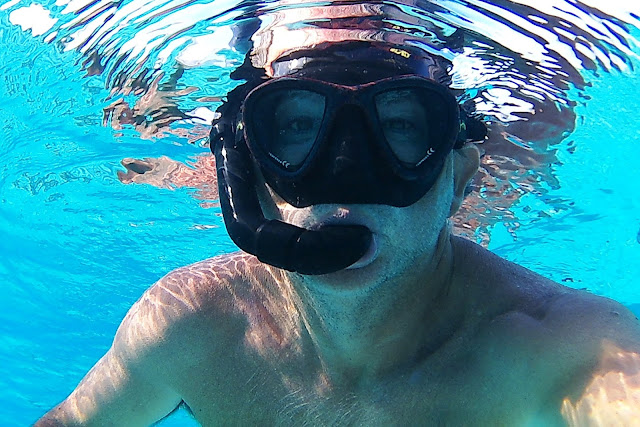 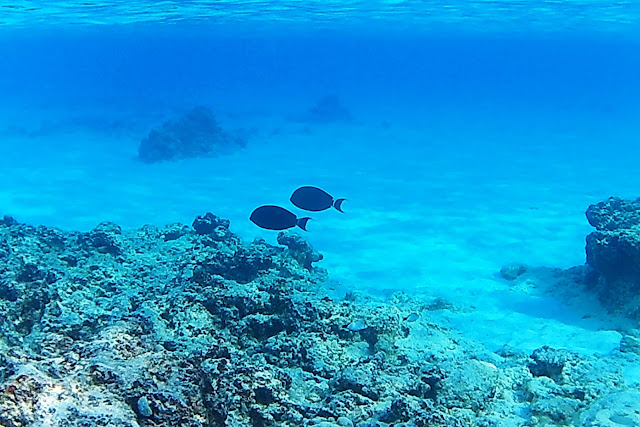