Off to Masthead Island for some reef hopping South.


The sky began to lighten nice and early at Great Keppel Island as the calendar ticked over to December first. It was now well and truly into summer and we were enjoying nice long days. Despite having fifteen or so hours  of daylight available to us, we still raised the anchor in the predawn for our fifty nautical mile passage offshore to Masthead Island on the outer Great Barrier Reef. We wanted to arrive early enough to have time to go ashore and do some exploring as we only planned to spend the night there before moving onto Fitzroy Reef for a couple of nights before sailing further south to Lady Musgrave Island.
Only a very weak north easterly breeze blew in the early morning. Hopefully it would strengthen enough later in the day for us to sail but the engine stayed on as we began the passage on flat seas. Fortunately the wind angle generated as we motored along was such that we were able to fill the sails and gain a small lift. We also look a lot better with the sails up, very important of course.


As hoped, the wind did fill in enough in the late morning for us to silence our 80HP Ford Lehman and glide along nicely maintaining better than five knots. Karen took advantage of the calm sea state to spend some time in the galley teaching Kristian how to make his own sushi rolls for lunch which proved a smash hit – highlight of the very laid back passage in fact.

The pilot guide suggests the best depths to anchor in are to be found off the north west corner of the island’s fringing reef and the Google Earth imagery also indicated this was also where the most sand was to be found. However, the wind was forecast to continue from the north east before swinging slightly more northerly over night. The tide was very low when we arrived and the reef was totally exposed but we were concerned that the high tide overnight could see any swell sweep over the reef so we anchored in 7 metres a little further in along the reef edge in attempt to gain some more protection from the island itself.
Dinghy access to the beach was impossible with the low tide so that ruled out our planned afternoon’s exploration of the island. Rob decided to see if he could spear us some dinner instead so we dropped the dinghy off the davits and zoomed over to a likely looking section of reef. He was only in the water a few minutes before surfacing with a nice coral trout.


Next he spied two crayfish hiding under a coral ledge and was soon passing the first one into the dinghy before heading back for the second. Unfortunately this larger specimen managed to evade him scurrying into a deep inaccessible hole in the coral. Keen to add to the catch to provide a decent dinner of crustacean, a long but ultimately unsuccessful search for more crayfish followed. 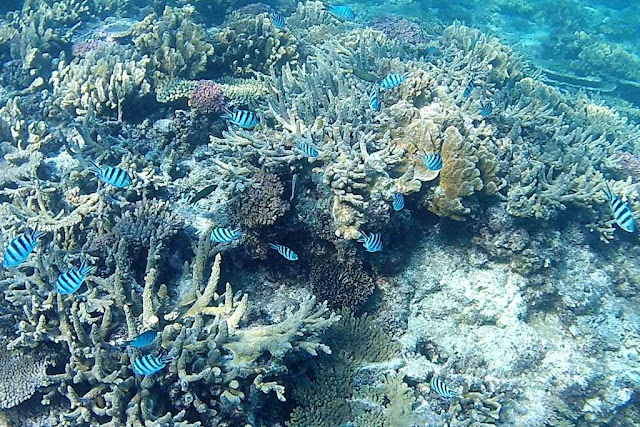 Having enjoyed a sleep in and later start from Great Keppel, our friends, Matt and Debbie on La Jorja had arrived while Rob roaming the reef was chasing shellfish. They anchored up nearby and while a visit for another sundowners session was inviting, we opted to get the dinghy back up on the davits as the wind and swell was building. We also had another early start planned next morning to arrive at the right point of the tide to pass through the narrow entrance into the lagoon at Fitzroy Reef.


We enjoyed a nice feed on the very fresh coral trout done on the BBQ that evening and were treated to a truly awesome sunset that went on forever evolving through a number of stages. That night the wind did swing more from the north at about 15 knots with a bit of swell finding its way over or around the reef at high tide. We also spun 180 degrees when the tidal flow reversed but still enjoyed a reasonably comfortable night.
Next morning both us and La Jorja found our anchors/chains fouled and took a fair bit of time and effort to free ourselves. We both paid that price for choosing the additional protection of anchoring further behind the island rather than over the clearer sand bottom to the north west. Regardless, we are very keen to return to Masthead Island sometime in the future and explore underwater more of the great fringing reef and get to land on the island itself. A few more crayfish would be good too. 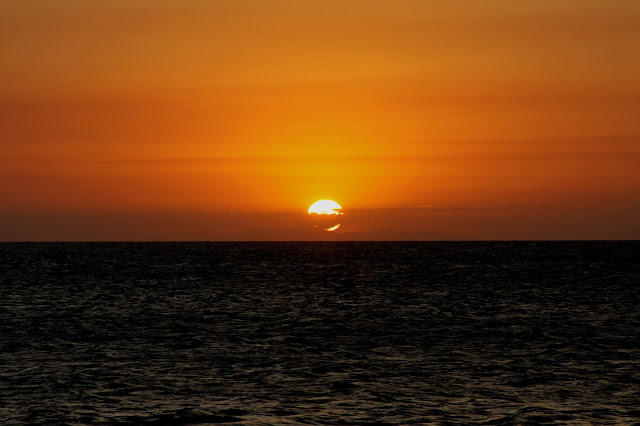 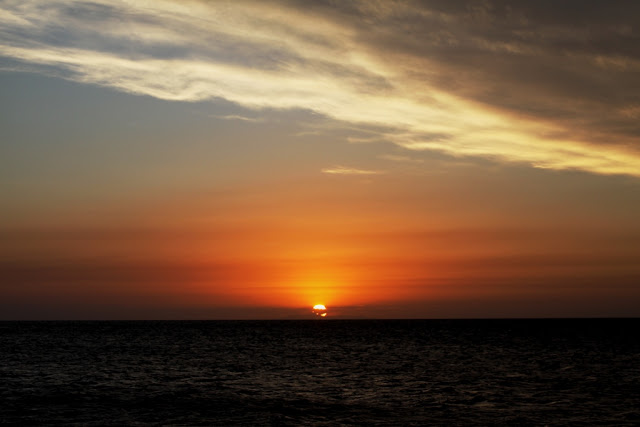 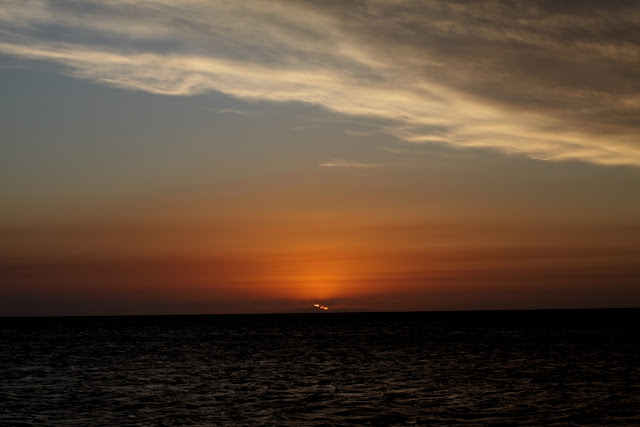 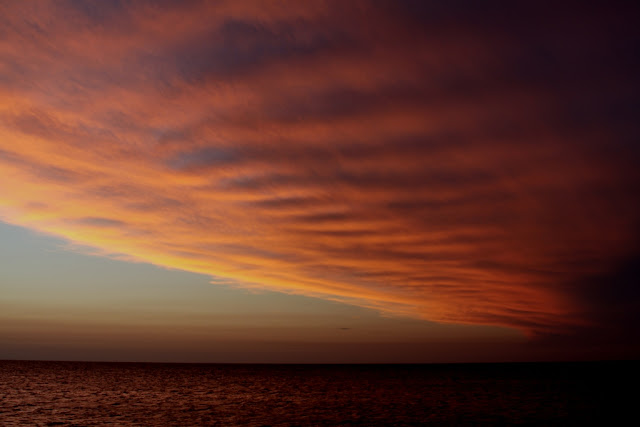 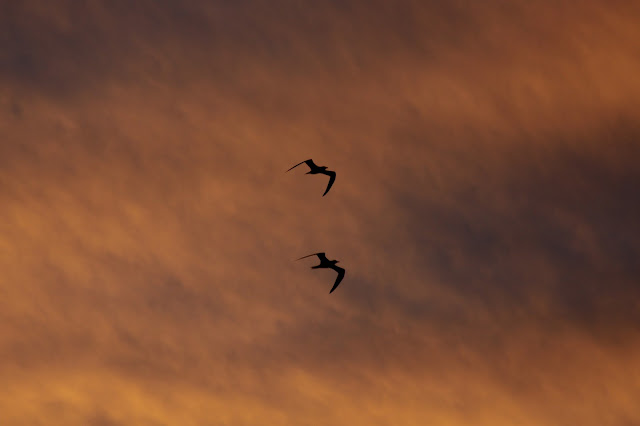 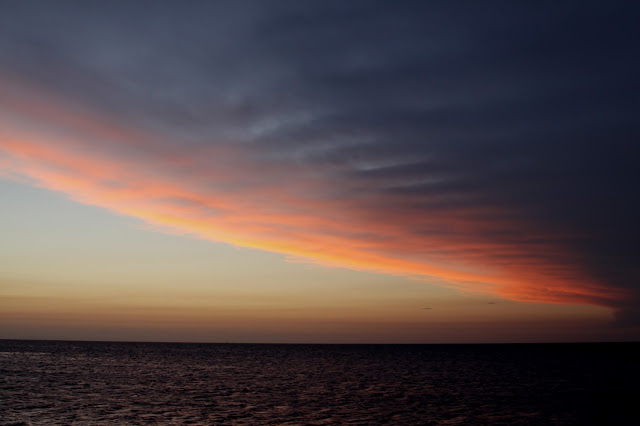