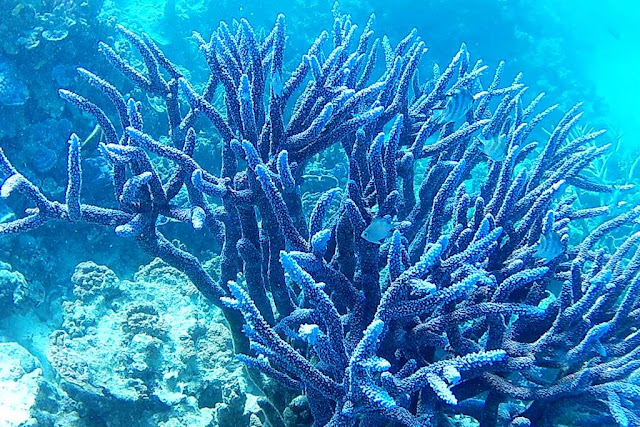 We only had a relatively short, 26 Nautical miles passage ahead of us to Fitzroy Reef today but still needed a nice early start. We wanted to time our arrival at Fitzroy’s narrow and winding entrance through the coral as close to the high tide slack as possible so we were up in the dark and raising the anchor as soon as the pre-dawn light appeared.


It took a little time to get our chain unwrapped from rocks on the sea bed but after that delay it was fairly plain sailing through the morning. We were pushing a contra current as the tide flowed in which slowed our progress a bit however, we were still able to maintain a five knot average for the trip.

Situated 32 nautical miles (59 Kilometres) off the coast from Seventeen Seventy, the spectacular 2,000 acre Fitzroy Reef is the only naturally formed, all tidal entrance Lagoon on the Southern Great Barrier Reef. It is the largest reef in the Bunker Group and is a drying, closed ring reef with a large, deep (6-10m) lagoon that can be entered through the narrow, natural channel. We also had a fantastic visit here at Fitzroy back in June on our way north. See the story and more details about the reef entrance HERE 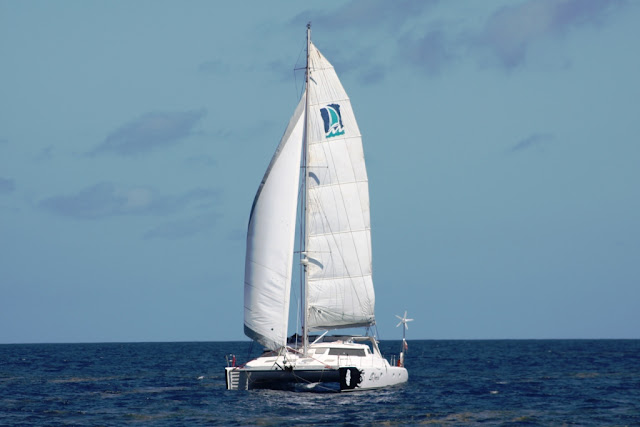 This time we were travelling with our friends Matt and Debbie on the big cat La Jorja and were able to snap a few nice shots of their boat under sail on the way over from Masthead Island. We both passed through the entrance without any problems and anchored in the calm of the huge lagoon in about 8 metres of water.


Fitzroy Reef was to be a special stop for the Matt and Debbie as two of their sons were rendezvousing with them here. They had towed their speedboat from Brisbane and launched at 1770 to spend a few days using La Jorja as a mother ship as they embarked on some serious spear fishing.


Meanwhile back on Our Dreamtime we were ready to do some underwater exploring of our own. Young Master Kristian couldn’t wait to don his snorkelling gear and get amongst the nearby reef outcrops. The clear water was fantastic and we were again treated to a wonderland of colourful coral and myriads of fish. Marine life that call the lagoon home include Manta rays, Bull rays, Eagle rays, the Lagoon ray with its iridescent blue spots and also the black blotched stingray, Dolphins (bottlenose, common and spinner), Turtles (Loggerhead, Green and Hawksbill) and up to 1,000 different species of small colourful fish. Sharks (white and black tip reef sharks) majestically cruise through the Lagoon - totally uninterested in people. 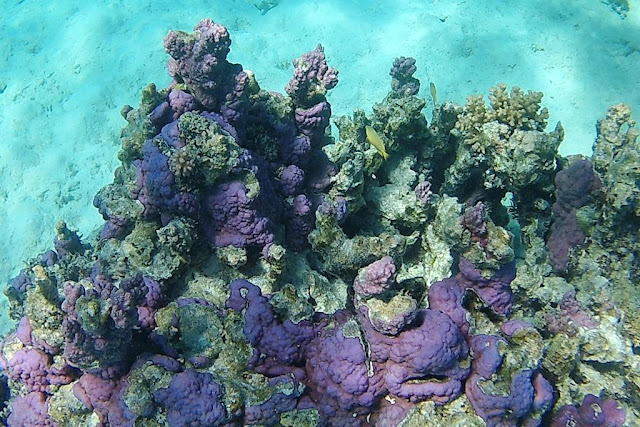 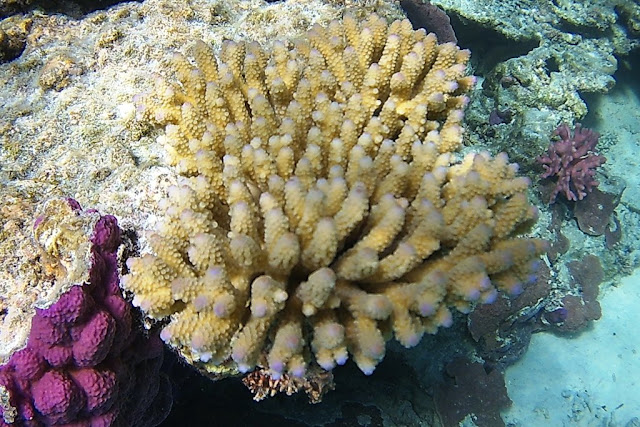 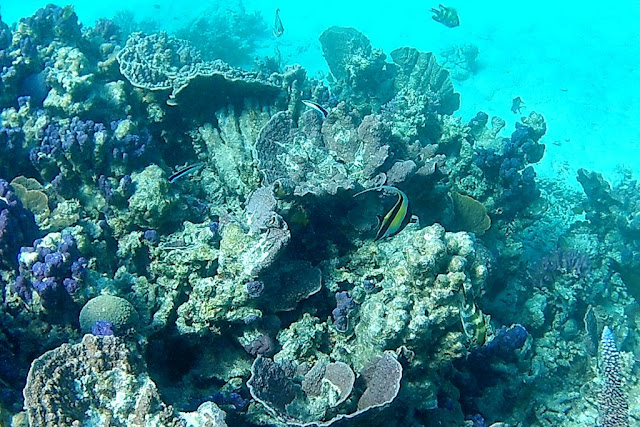 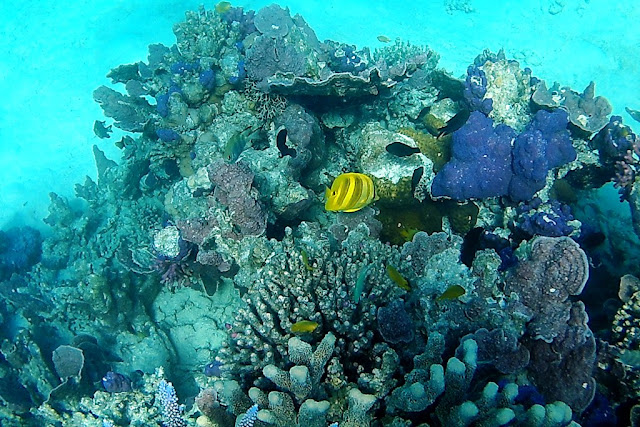 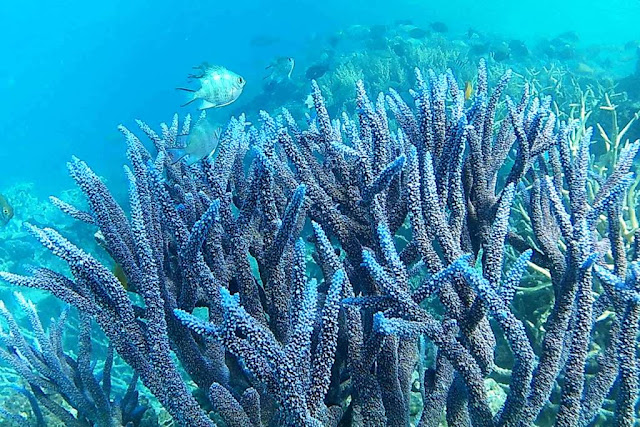 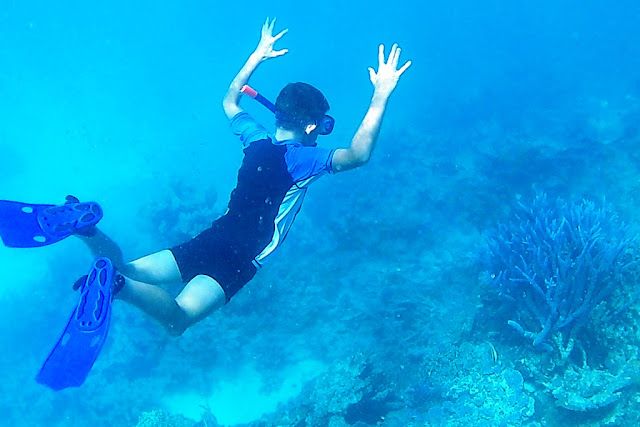 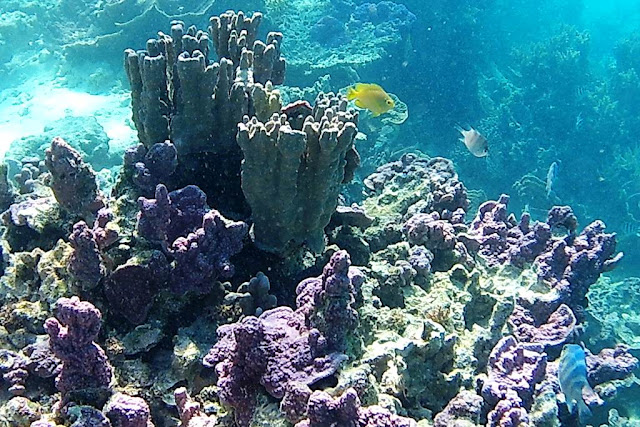 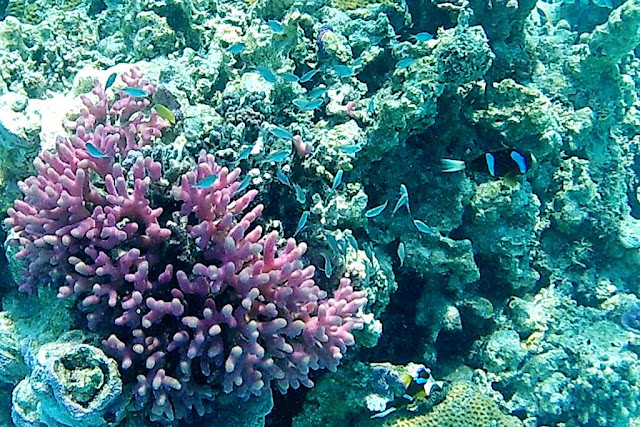 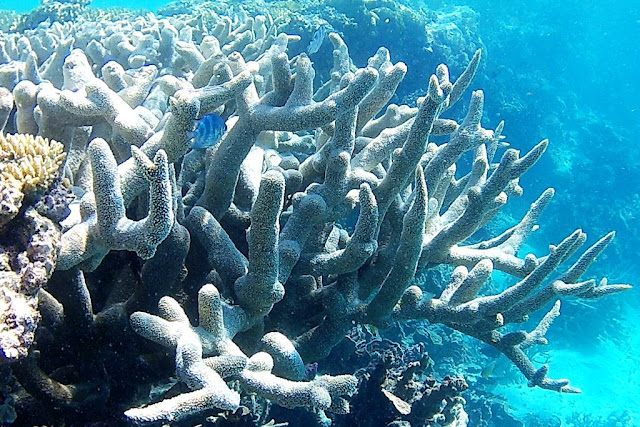 More than two hours passed like minutes and it was three very wrinkled crew members who finally returned to the boat. While we recovered from the mornings sail and afternoon in the water by reclining with our books, hyper-active Kristian had the rod out and managed to land a couple of small flat head.


Later, as we snacked on some nibbles washed down with cool sundowners, mother nature turned on another of the incredible displays of colour we’ve become used to but never tire of on the Great Barrier Reef.


We enjoyed a nice sleep in next morning before heading off in the dinghy to do some more exploring inside the lagoon. This time we headed for a couple of small reef areas on the western side we hadn’t visited before. Again the snorkelling was fantastic with warm, clear water, great live coral, big colourful clams, huge shells, turtles and fish of all shapes and sizes. This time we drifted, swam and dove the tropical wonderland for about three hours before grumbling bellies signalled it was time to return to the boat for lunch.  ﻿ 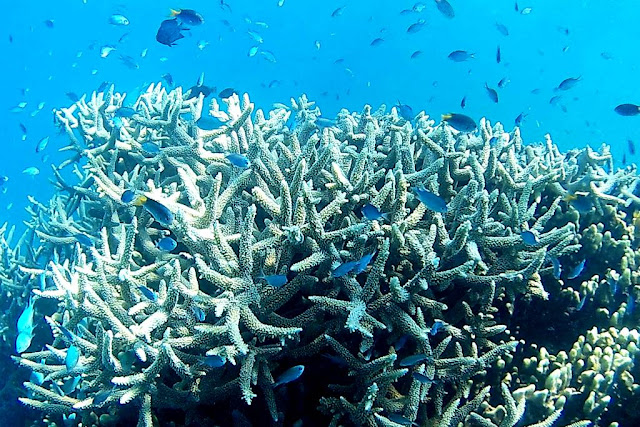 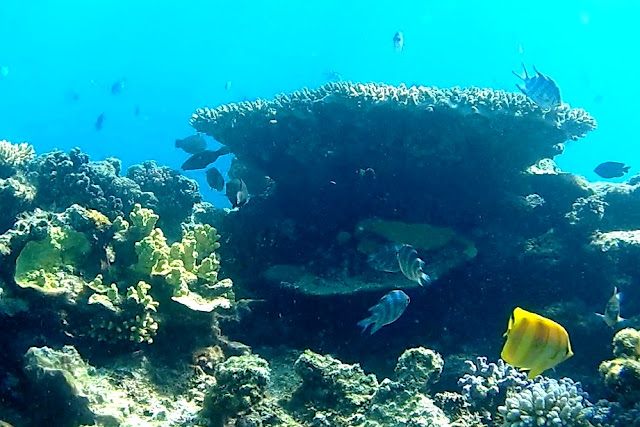 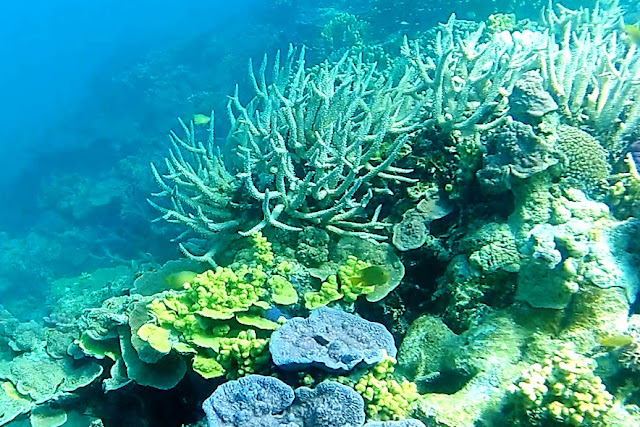 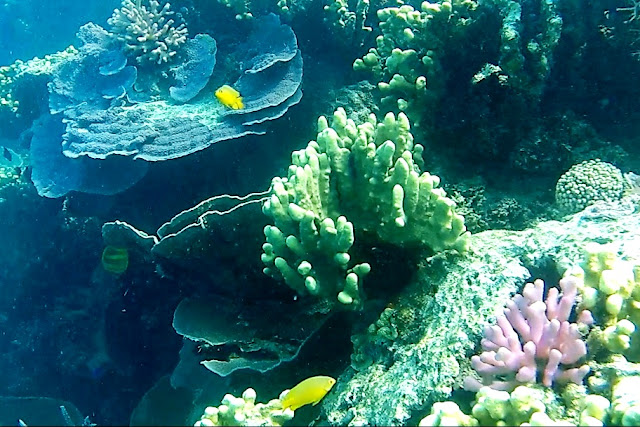 Again the snorkelling was fantastic wit warm, clear water, great live coral, big colourful clams, huge shells, turtles and fish of all shapes and sizes. This time we drifted, swam and dove the tropical wonderland for about three hours before grumbling bellies signalled it was time to return to the boat for lunch.


Later that afternoon we visited La Jorja to see the results of the boys’ spear fishing expedition on the coral drop offs outside the lagoon. These guys are very serious about their spearing and, with advantage of youth and fitness, free dive quite deep in pursuit of the ‘big ones’. When we arrived we could see that Fitzroy Reef had clearly not disappointed. The array of big coral trout, mackerel, tuna and a massive cobia spread across the deck for cleaning was amazing. 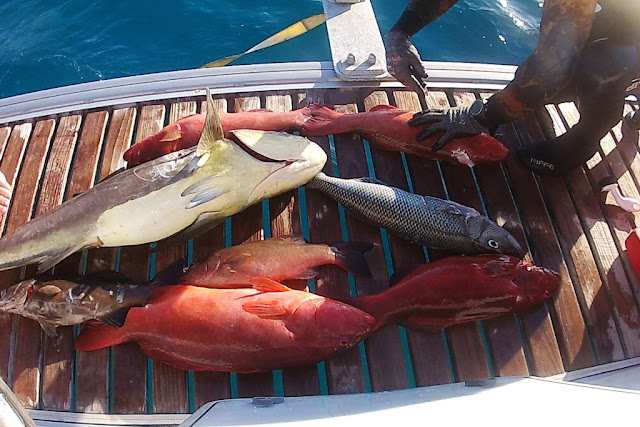 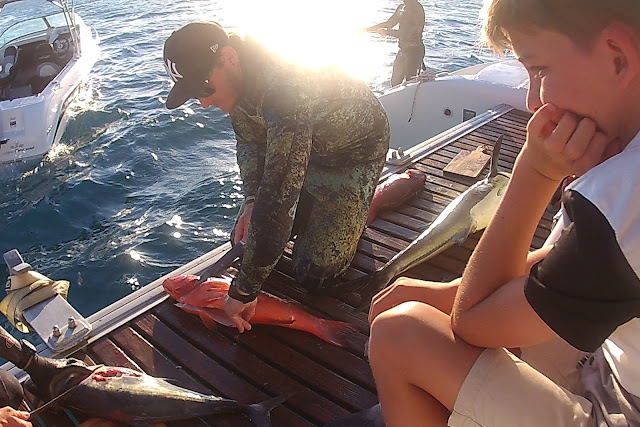 Kristian was spellbound as the catch was gutted and filleted attracting a number of black tip reef sharks competing for the spoils being dumped over the back. We were generously provided with a good sized slab of cobia fillet to barbecue that night accompanied by yet another stunning sunset. Life is good on Australia's Great Barrier Reef.