Cape Upstart to Gloucester Passage & eight delightful days of doing not much.


We would have like to spend a couple of days at Cape Upstart but South-Easters were forecast to kick in so we had to move now or stay put for a week or so.  We decided as interesting as Upstart looked Gloucester Passage, 48 miles on, would be a much nicer spot to sit out the contrary winds.


The anchor was up early and we were underway before 5.30am with the sun just peeping over the Cape as we rounded it. The early morning light on the rock formations along the seaward edge of Cape Upstart brought their colours to life making it a very pleasant start to the day. 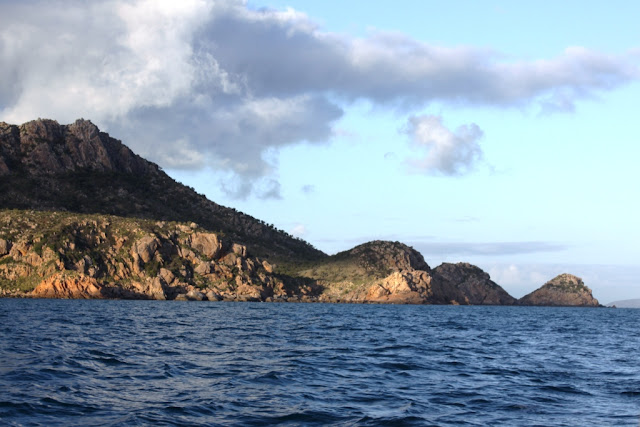 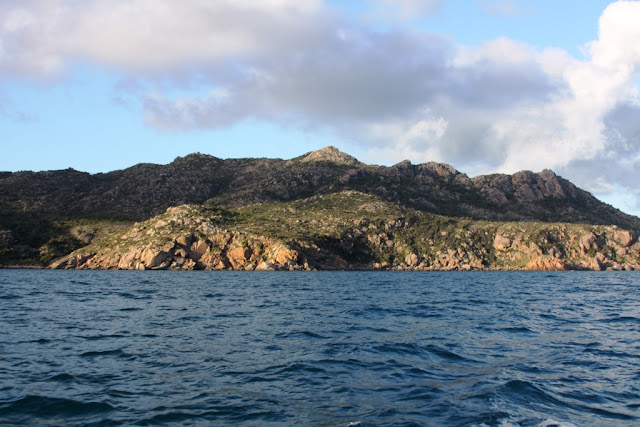 Unfortunately the wind didn’t want to play the game again.  It blew modestly from the East leaving us no option but to motor-sail into it and that we did for about six long hours before it swung to the North East and strengthened enough for us to silence the motor and enjoy the last couple of hours of our trip under sail. Things looked up even further when a nice mackerel found one of our lures attractive. It was soon on board, bled, gutted, filleted and temporarily residing in our fridge awaiting a dinner invitation where it would be guest of honour. 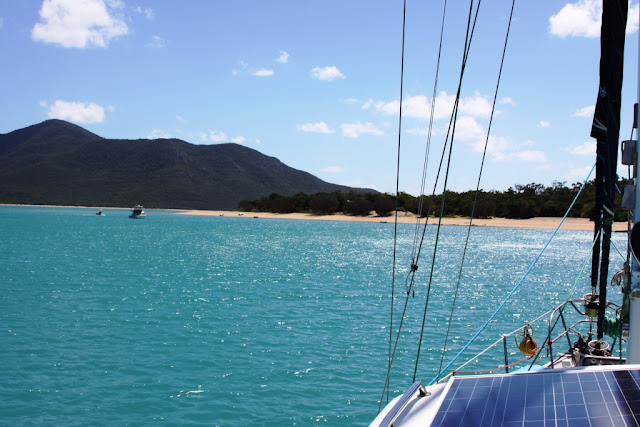 With strong South-Easterlies predicted we elected to anchor off Cape Gloucester Resort rather than in the Gloucester Passage itself as we had on our way North back in July. There are a number of moorings provided by the resort but we prefer to trust our own anchor ahead of moorings that we don’t know the strength of or service cycle.. As it turns out, it appears these would be fine as during our stay we watched a small barge and diver go through the whole mooring field servicing each one in turn.


That evening we began a relaxing eight days of doing not much as the wind blew with dinner and drinks on the stern and were treated to a stunning sunset. It doesn’t get much better than finishing a day with good food, wine and a light show by mother nature.
Despite the 20 knots of wind blowing up the coast we rarely experienced half that in our well sheltered spot on the Western shore of Cape Upstart.  We became big fans of the Cape Upstart Resort who warmly welcome cruisers. We enjoyed a couple of fantastic meals there and made good use of the swimming pool most days to cool off. 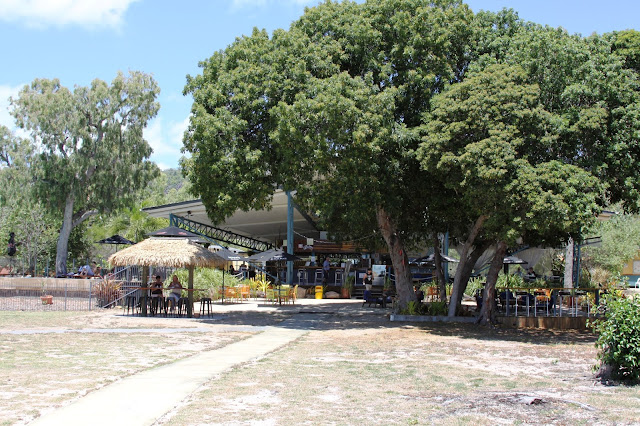 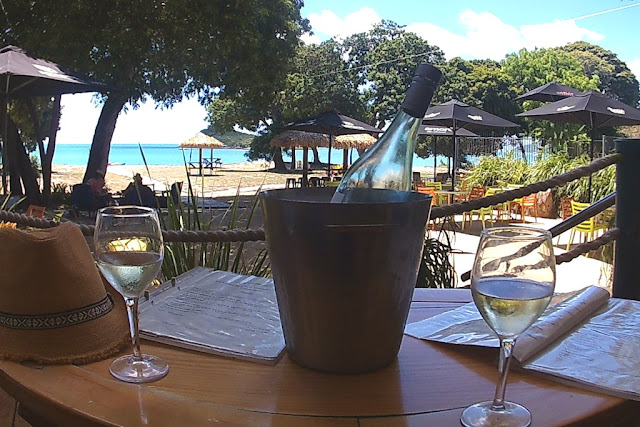 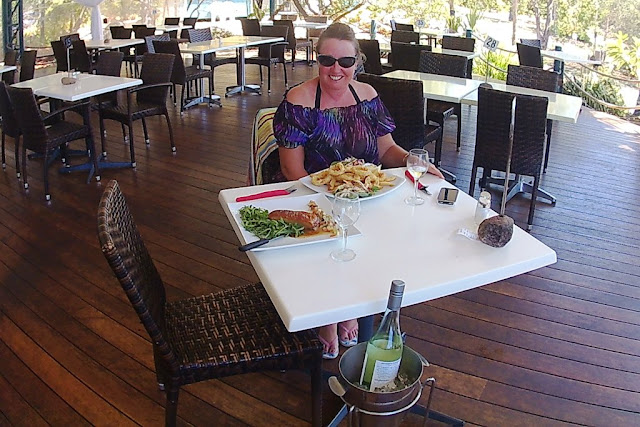 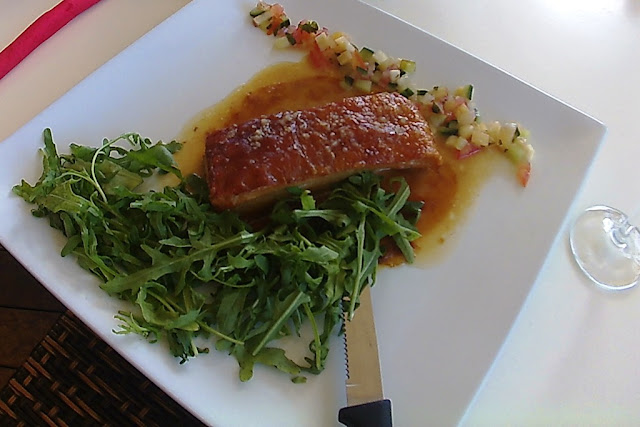 We usually swim off the boat when out at the reef or amongst the offshore islands but the mainland coast of Northern Queensland is crocodile country so we decided to err on the side of safety. On our second day at the Cape we decided to put our crab pots down just around a small point about four hundred metres from the yacht in the hope of catching a feed of blue swimmer crabs. We did then have a very quick, cooling plunge into the clear water at the beach nearby before exploring  a few miles of beautiful shoreline in the dinghy. 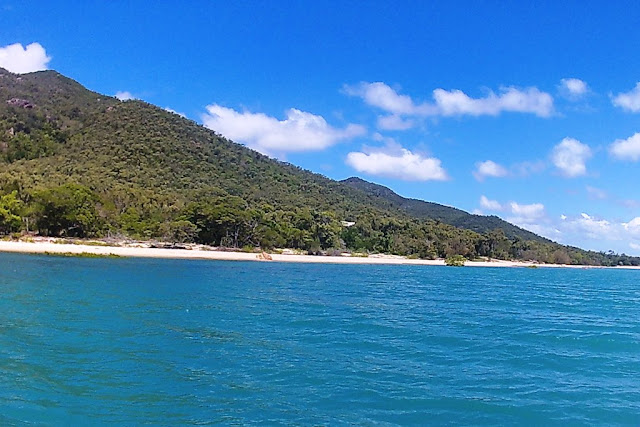 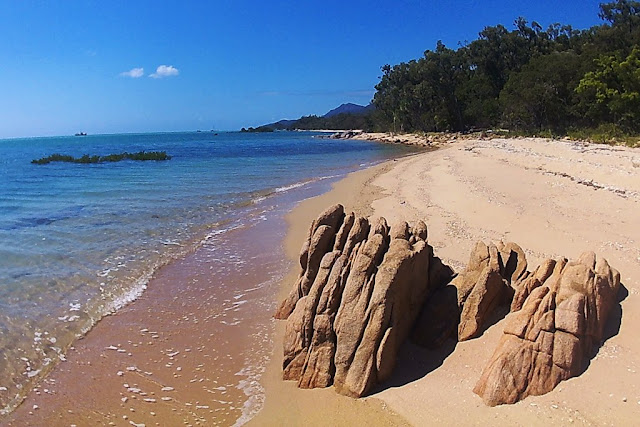 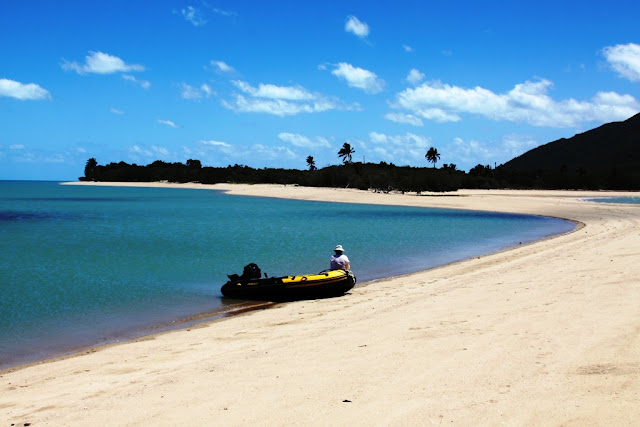 When we lifted the pots next day we discovered one had been badly broken open and the mackerel head bait torn out totally straightening the heavy wire hanger that had been threaded through its skull. The damage was clearly the work of a croc so the resort pool became even more attractive from that point. Officers from Qld Fisheries and the National Park Service called by the boat the next day for a chat as they do and when we raised what had happened to our crab pot they confirmed that they had received a number of reports of a large croc in the area. No more crabbing here for us.


A great benefit of staying put in one place for an extended period is that Rob often gets a chance to catch up on a lot of blogging. During our time at Cape Gloucester he managed to get things almost right up to date as far as our most recent passage to Cape Upstart.  Meanwhile Karen enjoyed getting the paints and sketch pad out at last.


We met John and Adrian on the ketch Happiness when they moored just near us and we enjoyed there company over the length of our stay with drinks ashore at the resort and sundowners on each others’ boats. Making new friends and the social side of cruising is something we enjoy immensely.

Passage Islet, better known as Shag Islet, at the Western End of Gloucester Passage is the spiritual home of the famous Shag Islet Cruising Yacht Club Rendezvous which happens each August. Hundreds of boats converge on Gloucester Passage for the annual event packed with fun while raising funds for the Prostate Cancer Research. To learn more check out SICYC


Both being proud Vice-Commodores of the SICYC we did make a point of exploring Shag Islet and leaving our footprints in the sand there.


Our time doing not much at all at Gloucester Passage was extremely enjoyable and passed all too quickly. The headwinds were abating and other places were calling so, in true cruiser fashion, the anchor would be weighed and this wonderful place left astern on the morrow.