A bit of biking around while we’re land locked.


The last few days have been spent trying to organise what needs to be done to get Our Dreamtime back underway again so we can resume our passage north to the tropics. Gary, the local marine engineer, was on board again today and we have now confirmed the front seal inside the transmission is totally kaput. The transmission will need to be removed from the boat to be fixed. We could have gone with just replacing the seal but, as it’s such a mammoth task to get the trans out of the boat, we’ve elected to have it shipped to Brisbane for complete reconditioning and returned for re-fitting. (See our previous blog for the full story) It looks like we will be residents here in the Port of Bundaberg Marina for another three or four weeks. Such is life.


We are both determined not to get down about this unexpected hurdle so we will be making the most of our time here. Today we broke out our folding bikes for the first time to do a little exploring of the local area which is very picturesque.


Now it has to be said that, other than very short road tests on each of our bikes when we acquired them not long before departing, neither of us have ridden a bicycle since a day pedalling around the Dubbo Zoo with our kids back in 1989. To describe us as being rusty would be a very large understatement. Regardless, we pedalled off to the nearby small township of Burnett Heads and discovered a very nice bike path that lead down to the beach and along the coastline.


Within twenty minutes of wobbling away from the marina we were enjoying the very beautiful scenery and gaining confidence on our bikes by the second. We were having such a good time we just kept going with regular brief stops to admire a particular vista and or take a photo. 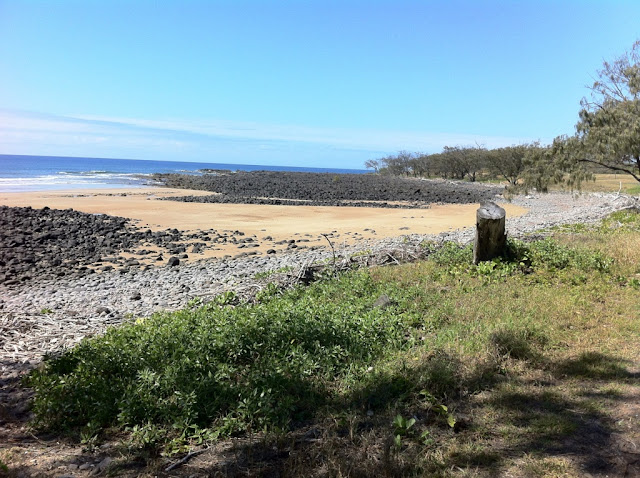 We eventually came to the world renowned sea turtle nursery of Mon Repos Beach.  When you stand down on the sand all signs of civilisation are obscured by the low, shrub covered dunes. 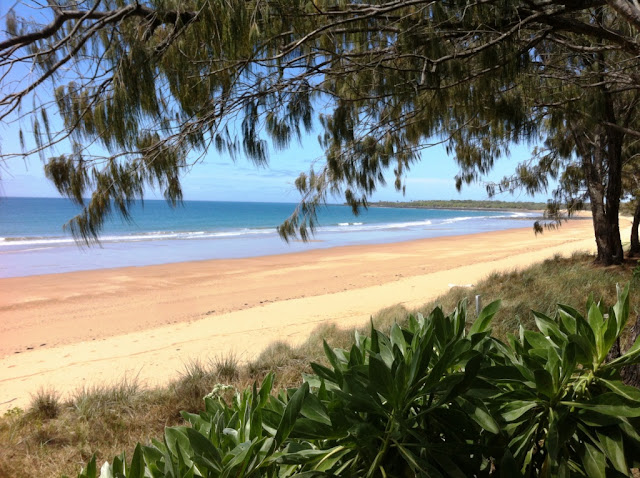 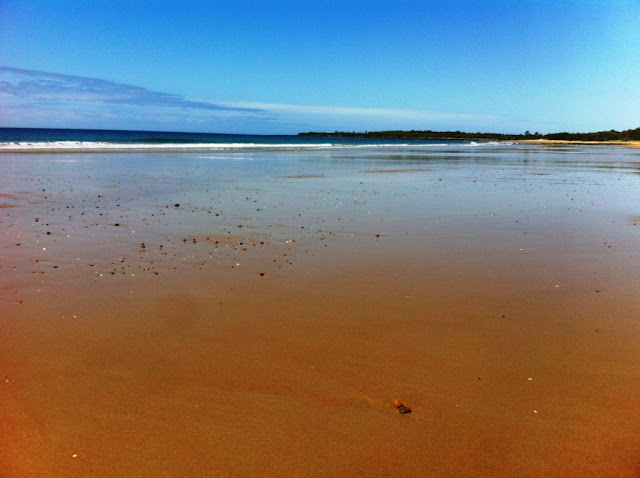 We really enjoyed the National Parks and Wildlife Service information centre at the beach. Mon Repos hosts the largest concentration of nesting marine turtles on the eastern Australian mainland and supports the most significant nesting population of the endangered loggerhead turtle in the South Pacific Ocean. Successful breeding here is critical if the loggerhead species is to survive. In far smaller numbers the Flatback and Green turtles and, intermittently, the Leatherback turtle also nest along the Bundaberg coast. From November to March each year, two to three hundred adult turtles come ashore to lay eggs on Mon Repos beach. About eight weeks later young turtles emerge from the eggs and begin their journey to the sea. Loggerhead turtles generally don’t breed until the age of 30 but management practices since 1968 are helping these endangered species live a longer life so they can keep laying until they are around 60 years. 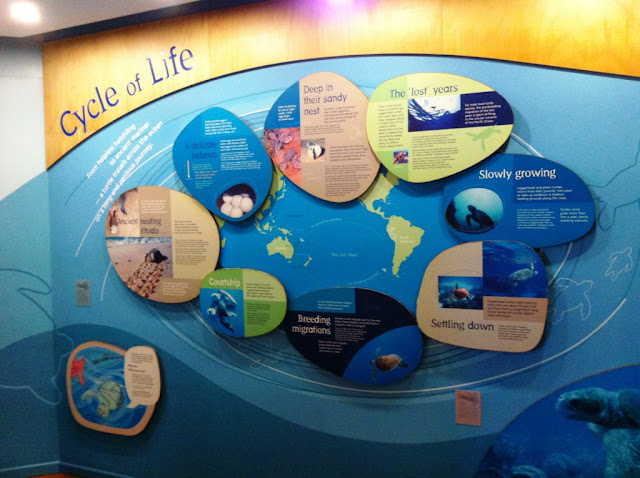 The only problem with spending half an hour or so in the information centre was our non-bicycle accustomed limbs and butts were starting to complain and we still had to saddle up and ride the near ten kilometres back to the marina. The old saying that once you learn to ride a bicycle you never forget may be true, but your bum and thighs seem to forget how to handle it. Just to add insult to injury, the northerly wind had picked up and we had to pedal straight into it without the option of bearing off for a better angle and tacking back.


After numerous rest stops along the way, we finally reached Burnett Heads and stopped at a small café to refuel with excellent beef and bacon sandwiches and healthy smoothies. We were the only patrons who chose to sit at an inside table despite the glorious weather simply because it was the only one with cushions on the seats. Our butts would not have survived otherwise.


Renourished but not necessarily refreshed, we remounted and struggled back to the marina.  We may be a little less ambitious on our next two wheeled outing. Near enough to 20 kilometres on our first foray may have been overdoing it.
.

Sundowner drinks have never tasted so good, with plenty of cushions in the cockpit for our weary legs and bruised butts of course.