While the Aeolian Islands may be so named as they were believed by the ancients to be the home of Aeolus, the God of Winds, apart from the odd thunder storm, wind was something we had found very little of during our stay and the trend continued as we departed on our passage south to Sicily at 6.30am.

Initial glassy seas and still air eventually gave way to a very light breeze which at least allowed us to raise the main and motorsail across the flat Mediterranean. Our destination was the port of Cefalu located about midway along Sicily’s north coast. The trip was very uneventful and we were able to anchor midafternoon in the very attractive little bay overlooked by a fortress set high above on a cliff lined hilltop.

We had selected Cefalu as it appeared to be one of the few anchorages on the north coast that offered some shelter but it also had a marina we could run to if necessary. As it turned out it was an excellent choice and proved to be a great stop. The town, has a population of just under 14,000, and unbeknown to us, it is also one of the major tourist attractions in the region. Despite its size, every year it attracts millions of tourists from all parts of Sicily and also, from all over Italy and Europe.
﻿

We enjoyed a casual afternoon onboard in the sun then headed ashore the following morning. Following the road around the headland we discovered an incredible old town centre of narrow streets lined with extremely well preserved buildings, a great beach and lively café scene. The town is dominated by the towers of its Norman cathedral that dates back to 1131. Like most of the town, the exterior is well preserved, and is largely decorated with interlacing pointed arches; the windows also are pointed.. The round-headed Norman portal is worthy of note. A semi-circular apse is set into the east end wall with a groined vaulted roof, while the rest of the church has a dramatic wooden roof. Two strong matching towers flank the cathedral porch, which has three arches corresponding to the nave and the two aisles. Despite all of us suffering a degree of ABC overload (Another Bloody Cathedral) this was one of the more memorable examples we’d explored during our European wanderings. 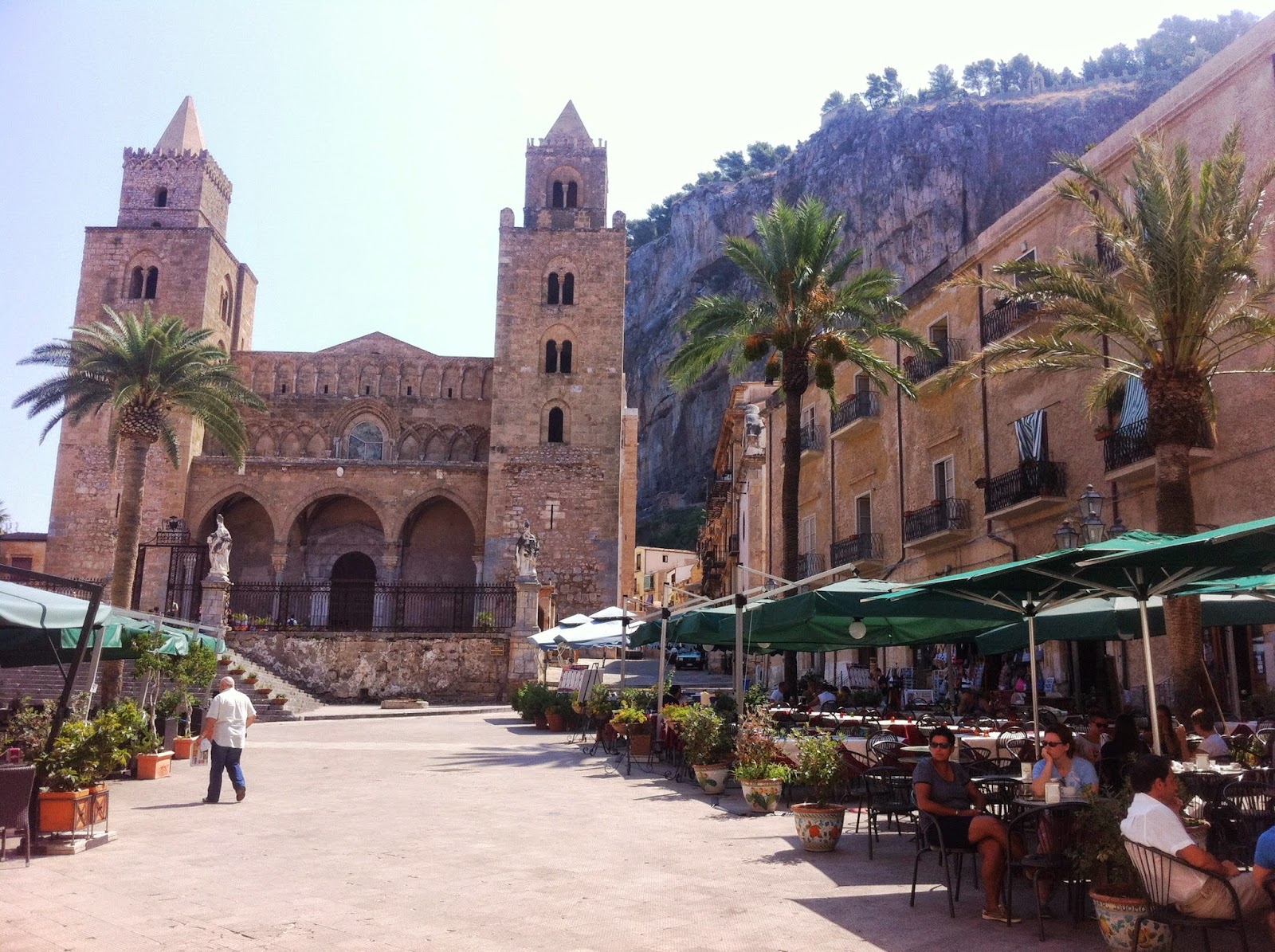 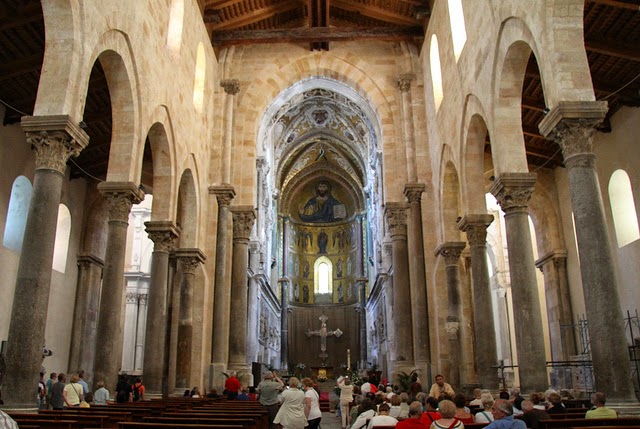 It was a very enjoyable time wandering the cobblestone streets and laneways followed by an excellent late lunch washed down with a generous quantity of fine Sicilian vino at an open air café on the headland overlooking the bay. Yep, Cefalu was a good place to begin our Sicilian sojourn.


The anchor was up next morning and we motored westward past the old town towards Palermo over crystal clear, mirror finish waters. We were very pleased when a good wind did appear later in the day and Kieren was able to enjoy a spirited sail on the boat after a full week of motoring. He was flying back to London the following day and had all but given up on experiencing passaging under sail that his Uncle Marc had been spruiking about. We were even able to coax Alcheringa up to a peak of 9.2 knots at one stage which is excellent for a 42 foot Jeanneau.

We threaded our way through the maritime traffic in the huge harbour at Palermo and found our way to the berth we had organised next to the water police base and about as close to the city itself as you could get. Shortly after docking good friends from home arrived at the boat which seemed an appropriate excuse to crack open a bottle.  Anthony and Lynda had been holidaying in Europe and  been in Palermo for a couple of days. They were going to join us the next day for some time with us on the boat before continuing their trip.


That evening we all headed off to a local restaurant they had discovered and had yet another awesome meal which served as an Alcheringa send off for Kieren and welcome to our new temporary crew mates. 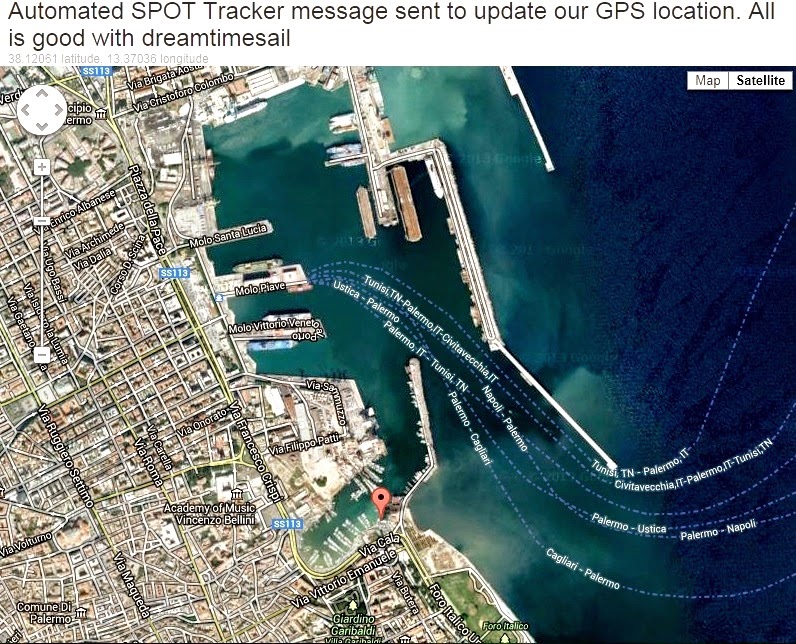 
Since returning to Australia at the end of last European summer’s wanderings around the Med, we have been extremely busy, catching up with friends and family, finishing and publishing our first book, ‘Stuff it. Let’s go sailing anyway’, mounting a very successful exhibition of Karen’s artwork and buying a new boat. While spending much time preparing ‘Our Dreamtime’ to sail off into the western Pacific and South East Asia, we’re also working at finalising the this blog’s story of our adventures in the Med and getting it all back to current so keep checking back for new instalments.