Bonifacio on the French island of Corsica is certainly the most spectacular and attractive natural harbour we have encountered in the Mediterranean. It is a very narrow, deep fjord-like inlet with almost vertical  sides of white rock topped by a medieval fortress and walled town. Hundreds of years of wind and water erosion has undercut the seaward cliffs leaving many of the old town’s buildings literally suspended over thin air. Surely gravity will win one day and they’ll tumble into the sea but none of the locals seem concerned.

The harbour would of undoubtedly been used by fisherman since long before recorded history but the town as we know it was established by in the early Eight Hundreds AD. The Genoese seized the town in 1195 and have been here ever since with some locals still speaking a Genoese dialect.


The town is an understandably popular tourist destination but fortunately our time here was before the busiest summer season got underway. During our stay we made a number of trips up the steep road into the old walled town and really enjoyed the atmosphere up there. Wandering around the old streets, enjoying some local wines and a bite is right up our alley. We didn’t realise until later though that one of the cafes we stopped at for lunch was in fact in the totally undercut area and ready to topple sooner or later. We might of eaten quicker if we’d known. 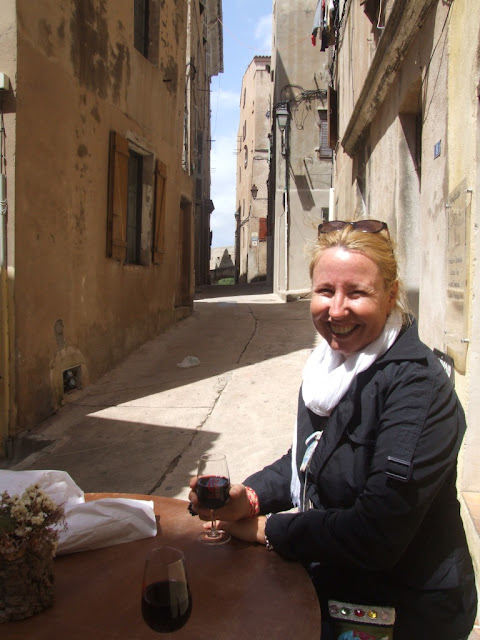 On Saturday afternoon our friends Steve and Trish arrived to spend a few days with us onboard. They’d driven from the south of France and caught the ferry over to Corsica. Marc and us had raced with them on their boat Curious in 2011 in the Kings Cup Regatta in Thailand and then we, and crewmate Phil, had helped Steve take the boat on the final leg of its circumnavigation from Gibraltar to Ipswich UK last year. You can catch up on those adventures at http://dreamtimesail.blogspot.fr/2012/01/phuket-kings-cup-regatta-and-homeward.html and http://dreamtimesail.blogspot.fr/2012/08/gibraltar-to-ipswich-uk-curious.html


It was so good to be able to welcome them aboard Alcheringa after previously enjoying their hospitality and we had a great catch up over drinks and dinner. The weather forecast for the following day was rubbish for sailing so Steve generously offered us their car to do a bit of exploring around Corsica’s interior. As they’d spent the last three days on wheels they were more than happy to wave us off and spend the day strolling around Bonifacio.

We definitely didn’t need to be asked twice and were on the road heading north up the west coast reasonably early on Sunday morning. With Rob driving, Karen navigating and Marc in the back seat rocking along to his I-Pod, we made our way past picturesque bay after bay and enjoyed many great views from the high headlands before turning towards the interior ranges. Corsica is incredibly mountainous with many snow covered granite peaks and a number of ski fields. The mountain sides and valleys are dotted with spectacular villages and small towns dating back centuries.


After climbing high into the central range we stopped for lunch at the town of Zonza and found a restaurant with fantastic views of the high peaks and a Corsican specialty on the menu. All three of us ordered the Wild Boar Special and nearly fell over when huge plates loads were duly delivered in front of us. We certainly weren’t going to need any dinner that night but incredibly Marc decided he might like a bight of desert. More fool him. He should have learned by the size of the main. The most enormous serving of tart we’ve ever seen landed in front of him. For a skinny bloke he can certainly put it away at times but he did seem to be a bit sluggish on the way back to the car.


From Zonza we descended down the equally spectacular eastern side of the range to the harbour town of Porto Vecchio and then made our way back to Bonifacio, extremely appreciative of the opportunity provided by Steve and Trish to see more of Corsica. 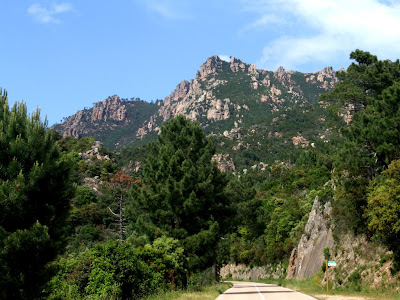 We had another very sociable night on board that evening and made our plans to take advantage of the improved weather forecast for the next day to cross the Bonifacio Strait into the cruising Mecca of Sardinia’s Maddalena Archipelago . 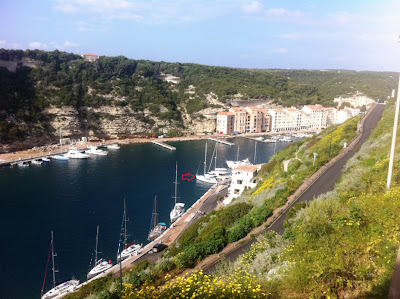 Cost per night for our 43 foot (13.2m) yacht – 44.00 Euro (including VAT and water but no power available during our stay due to upgrades. WiFi was not provided but available in a couple of the restaurants and bars along the waterfront) Note: This was a 10% discounted price due to no power.

Marina pontoons near the head of the harbour are incredibly tight and we were stumped how some yachts had managed to get into their berths and doubted they would be able to get out without moving other boats first. In any wind at all it would be a nightmare. Further down the harbour yachts moor bow or stern to the town wall while near the ferry terminal a small number of alongside positions are available. All berths are open to the public with no security.

The harbour office did not respond to the VHF radio and proved difficult to contact by phone with calls ringing out a number of times. Berthing instructions eventually received from the office were non-specific and all but useless. Assistance from mariners was non-existent. Counter staff weren’t much better. Shower facilities are public and only fair.

We gave it five stars for the incredible location, three stars for facilities and one star for service so let’s call it a three star rating over all. 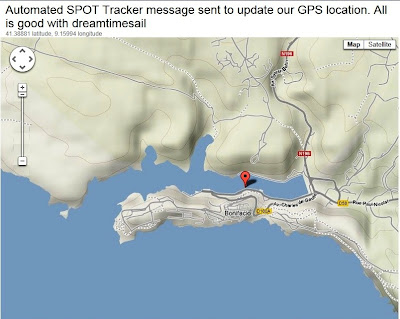