Everyone we ever spoke to about Spain said ‘You HAVE to go to Barcelona.’ After spending a few days in this remarkable city we are in total agreement with them all.  Where as elsewhere in Spain you cannot avoid the pervasive sense that you are in a country undergoing severe economic hardship with empty restaurants, closed businesses and stalled construction projects seemingly on every corner, in Barcelona, and in fact the entire Catalonia Region the first thing that strikes you is the vibrancy of the streets. This place is booming.

The cafés, restaurants, bars and tourist busses are full to overflowing despite us being in town well before the peak summer season. The redeveloped harbour area is packed with literally billions of dollars worth of super yachts and humming every day with big crowds wandering the beautifully developed, pedestrian friendly area and its numerous attractions. Even the buskers are doing well.
﻿
Our marina was right in the middle of all this action and after exploring the fantastic area around us it was time to venture further. Despite normally avoiding tourist traps like the plague we decided the best way to get an idea about Barcelona itself might be via the ubiquitous open top tourist busses that range around the city’s attractions. SCORE!!!! On the bus you’re provided with headphones to access a running commentary in your own language of what you’re driving past and there’s even free WiFi so you can get your emails and post photos of what you’re seeing on Facebook on the go. The book of discount vouchers for various attractions around town is also well worthwhile.
﻿
﻿ 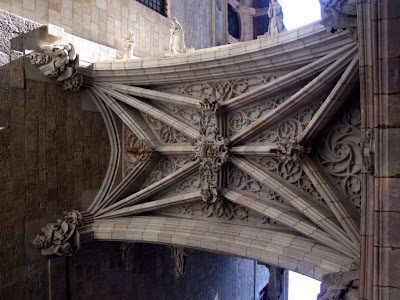 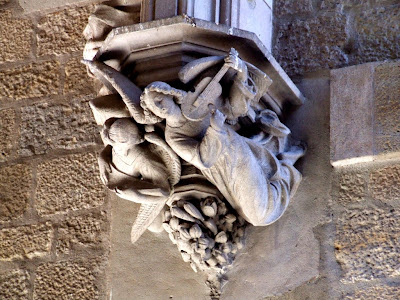 Twenty-six Euros buys you an unlimited jump on jump off pass covering three routes through distinctly different areas of the city. An even better idea is to pay the extra Seven Euros for a second day. This, and an early start, allows you to ride the three available routes with minimal stops getting a very good overview of this amazing place and mark the places you’d like to explore more fully. Then it’s just a case of jumping back on the big red bus the following day and working through your to do list. (If you can fit it all in) 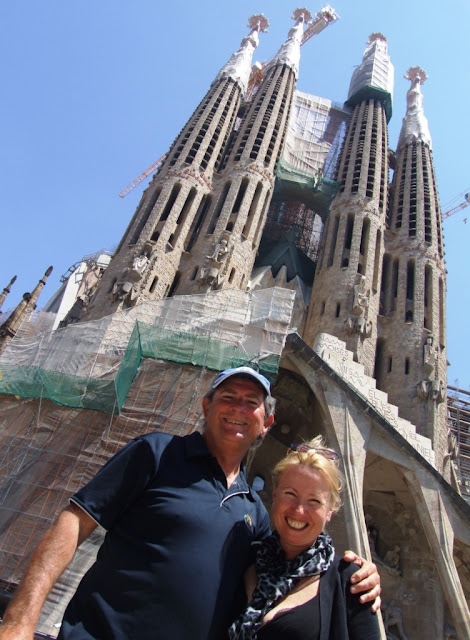 THE absolute must do of course is the world’s most incredible church. The Sagrada Familia (Church of the Family) is a work in progress so to speak. It was actually started in 1882 as the brainchild of illustrious Barcelona architect Antoni Gaudi. After 130 years it is still far from finished yet has already been listed as a UNESCO World heritage site. It only officially became a church in 2010 when it was consecrated by Pope Benedict XVI. 2010 also marked the project passing the halfway mark so if you plan on seeing the completed project you’d better start living healthy, very healthy in deed. The scale of the building has to be seen to be believed. When finally completed the highest of its eighteen spires will be 170 metres (560 feet), one metre less than Barcelona’s Montujic Hill because Gaudi believed man’s creation should not surpass God’s. 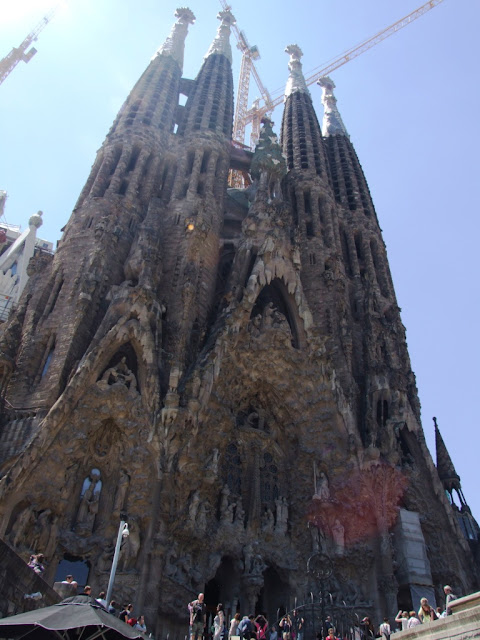 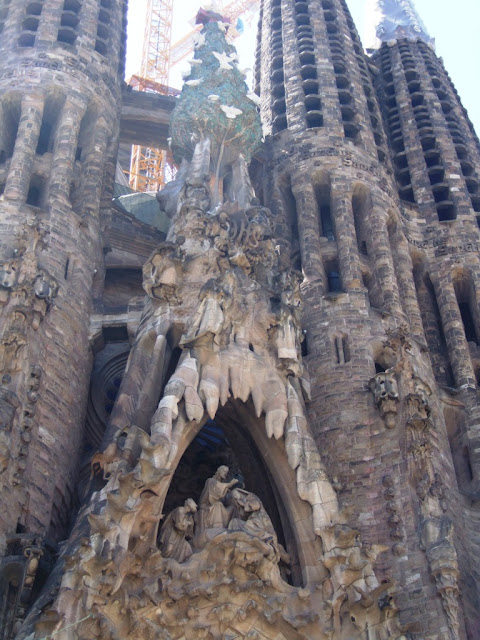 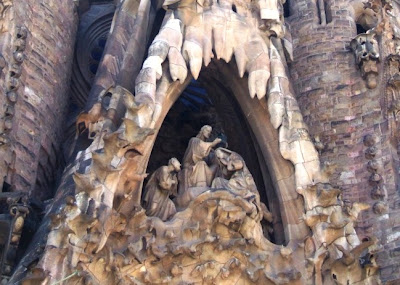 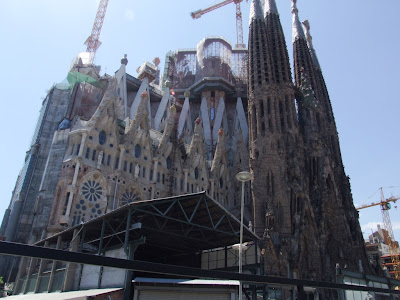 Describing Sagrada Familia art critic Rainer Zerbast said ‘It is probably impossible to find a church building anything like it in the entire history of art.’ Rob described it as the world’s most stunningly ugly building. Whatever it actually is, it has to be seen. But don’t miss the city’s actual Cathedral. It may be more conventional but is a beautiful building with incredible detail wherever your eye falls. In fact a stroll around the old city of Barcelona gives you a sore neck as you continually swivel your gaze from one amazing vision to the next dramatic feature.
﻿ 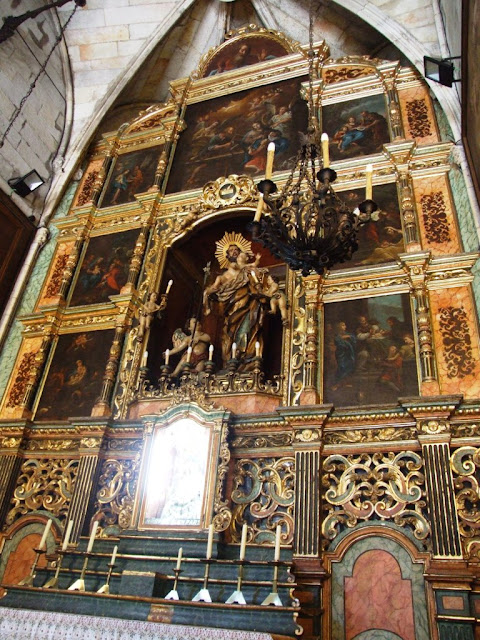 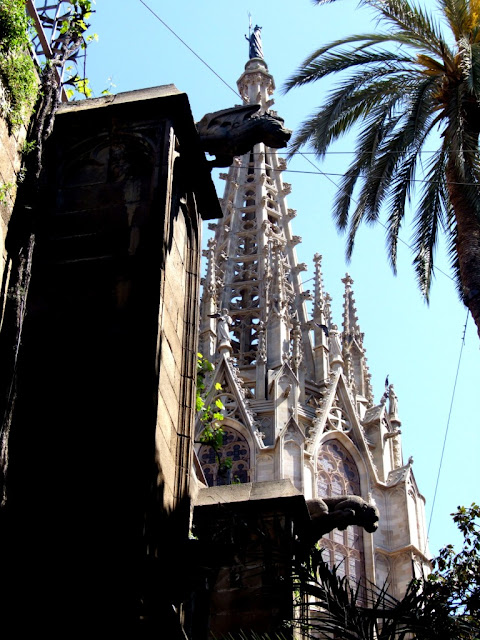 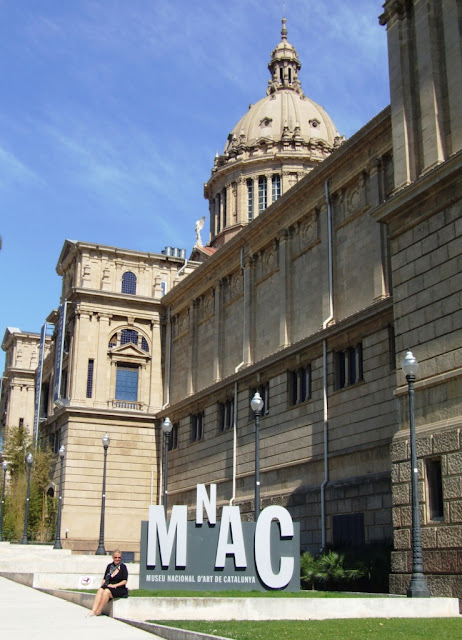 The 1992 Barcelona Olympics may be a long distant memory for most of us but the lasting legacy the event has provided this Spanish city cannot over stated. The 11.4 Billion Dollars spent redeveloping the sea front and building the games facilities combined with the history rich old city has turned Barcelona into one of the most popular tourist destinations in Europe and a far cry from the industrial backwater of the Franco era.

Don’t take our word for it. Put Barcelona firmly high on your ‘bucket list’ and go and have a look for yourself. You won’t be sorry. 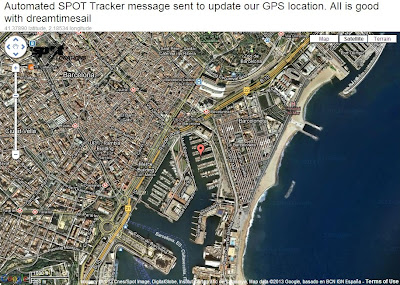 Cost per night for our 43 foot (13.2m) yacht – 50.60 Euro (plus metered water and power.  WiFi provided but only available in a small demountable building on the docks)

The Marina is well within huge harbour providing100% protection from any weather.  It is a perfectly located  base to explore Barcelona from. Shower facilities are very regularly serviced and extremely clean. They also include token operated laundry facilities within. Very well stocked chandleries are nearby and all possible boat services are available within the harbour. The range of restaurants, bars, cafes etc within walking distance is almost limitless. A major shopping mall with massive supermarket for provisioning is within a 5 Euro taxi ride. We considered the mooring price excellent value for money considering the marina’s location and facilities. But be quick. The marina is undergoing a massive billion dollar redevelopment to turn it into the Mediterranean’s top Super Yacht port and berths for little guys like us are disappearing almost daily.

We gave it four and a half stars. If we owned a Super Yacht we’d probably give it five. 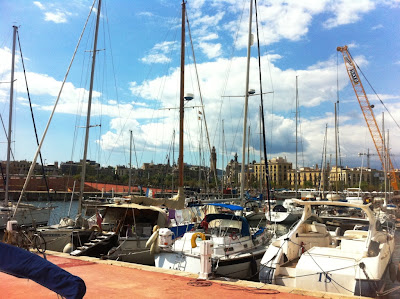